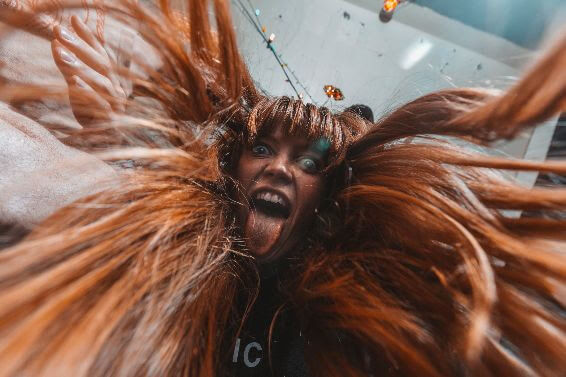 Miranda Winters is known for her work as the guitarist and vocalist for Melkbelly. The artist recently released a new track titled “Little Baby Dead Bird,” the b-side to an upcoming single, Double Mirror Light, due out October 2nd via Exploding In Sound Records (Knot, Pile, Water From Your Eyes). While the a-side is about the joys of becoming a mother, “Little Baby Dead Bird” takes a look at both sides of mortality with beautifully poetic lyrics. Recording in March just before the pandemic, Winters is joined on the b-side by Deeper’s Nic Gohl on backing vocals and Joe Starita on strings.

Of the new single, Miranda Winters says “This song is about life and death; anticipating both and not understanding either. It was written as a plea to two different people who, at the time, existed on either side of our realm. The before life side and the after life side.”

Miranda Winters is best known as the guitarist and vocalist for Chicago’s Melkbelly, a band acclaimed for both their thunderous noise and bright melodies. While they released a new record earlier this year (PITH via Wax Nine/Carpark Records), Winters has always been a prolific songwriter, and she returns with a new solo release, Double Mirror Light. The two song single, set for release October 2nd on Exploding In Sound Records, was recorded back in March, just before the pandemic broke loose. On Double Mirror Light, Winters explores personal experience, from the birth of her first child to reflections on death, and the profundity of both. Her sweet voice and warm guitars lay the framework for two intimate songs, veiled in abstract lyrics that unpack together with the airy compositions.

“When my baby was first dropped onto my chest. This was a moment so stunning that it initially blinded me.” For the b-side however, “Little Baby Dead Bird” was “written as a plea to two different people who, at the time, existed on either side of our realm. The before life side and the after life side.”

The 7” was recorded with Dave Vettraino (The Hecks, Ohmme, Dehd) in Chicago, Winters is joined by peers of Chicago’s incredible DIY community including both Lillie West (Lala Lala), and Nic Gohl (Deeper) on backing vocals as well as Joe Starita (Hunt Hunt Hunt Camp) on cello and violin, adding strings.