2015 was a busy year for the UK art-rock band Field Studies. The band make numerous national festival appearances, including a slot on the BBC Introducing Stage at Glastonbury Festival, and an acclaimed appearance at Y Not Festival (described by BBC Introducing’s Emma Clifford as “spellbinding and incredible to experience”).

This May the young 4-piece return with Rainmaking, a dark, enveloping new EP that sees them hone their atmospheric craft. The follow up to their debut Celestial sees Field Studies explore more raw, bleak textures – the band self-recorded the EP over a long winter, almost exclusively at night, capturing the eerie environment of their frozen suburban recording space across 4 haunting tracks.

Inspired by the organic, layered approaches to recording employed on seminal records like Talk Talk’s Spirit of Eden and Wilco’s Yankee Hotel Foxtrot, Field Studies hugely diversify their sound on ‘Rainmaking’, and the ominously haunting ‘Listener’ will be the first track to be released, out this April in anticipation of the new EP.

Mixed and mastered by Pete Fletcher, Listener will be available on April 22nd exclusively from the band’s own bandcamp page. Field Studies new EP Rainmaking will be released this May via Denizen Recordings. 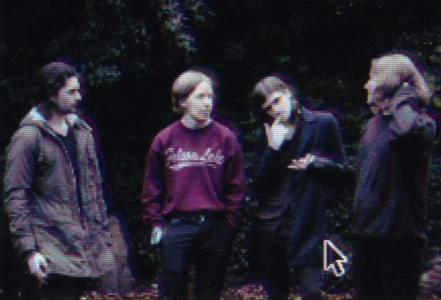