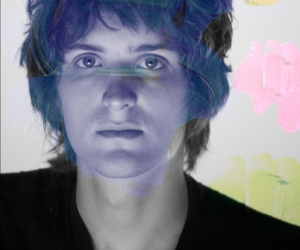 Luke Rathborne – chief songwriter and principle persona – hiccups, “Heard you gotta get it in motion.”  From that moment on, SOFT never stops moving bounding from one jagged-edged neo-New Wave song to the next, marrying the fast-and-loose ethos of The Ramones with the coiled neurosis of early Devo and the melodic ease of classic R.E.M. and Big Star.  “The feeling  of the record is incredible energy,” says Rathborne. “Youthfulness, lust — the feeling of breaking out of yourself, unchaining yourself, forcing yourself to be free.”

Despair and hope co-mingle in “So Long NYC,” a speed-racing, Guided By Voices-style power-pop number in which Rathborne flips the mythologizing associated with New York on its head. “It’s like the antithesis of a Frank Sinatra song,” he says. “There was a point for about a year where I was crashing between peoples’ apartments, walking around feeling hungry. I would work in a bar near Union Square and then walk around the streets after it was dark. Wandering through New York City late at night when everyone else was asleep, It made me feel like I had stumbled onto something secret.”