Listen To Dead Gaze’s “Runnin On The Moon” 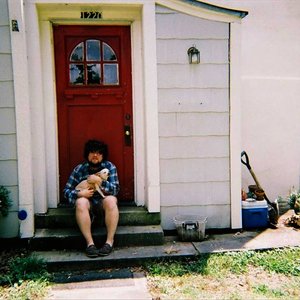 Brain Holiday is the debut album proper from Dead Gaze, following on from the acclaimed self-titled compilation released by FatCat imprint Palmist in March. Brain Holiday is a confident and ambitious album, which places Cole Furlow’s songwriting ability front and center; the move from recording in his bedroom to the famous Sweet Tea studio in Oxford, Mississippi allowing a talented composer of pop songs to emerge from the fuzz that characterized his earlier recordings.

The time at Sweet Tea, which has played host to bands such as Animal Collective, Modest Mouse, The Walkmen, and Elvis Costello, came about by chance when a friend of Cole’s who worked at the studio was offered 11 days of free studio time and immediately thought of Dead Gaze. As Furlow explains, the studio is a “huge million dollar studio with an amazing old Neve console,” and he was excited at the opportunity recording at such a place presented to him; “I wanted everything to kinda be perfect. In my head I was thinking there is no way in the world I will touch another studio like this ever again, so fuck it – let’s make an enormous pop record.”

Brain Holiday fulfills this criterion from the start, opening with the trademark thick Dead Gaze guitar sound and plowing into the hook-filled anti-anthem “Yuppies Are Flowers.” Elsewhere, “Rowdy Jungle” is probably the biggest and boldest pop song Furlow has ever written, mixing the swagger of Suede with the chiming lead guitar of Joey Santiago while he implores, “please believe me when I say there is absolutely nothing that can get in our way.” Dead Gaze still sits comfortably alongside contemporaries such as Cloud Nothings, White Fence, and Dent May, but Brain Holiday is a more varied listen than the self-titled compilation previously released, at times recalling The Flaming Lips, ELO and, with “Stay, Don’t Say,” a New Age Harry Nillson.

A more positive album lyrically, the title of the record alludes to Furlow’s wish for it to act as a vacation from people’s troubles. “I just want people to listen to the jams when they need something to get their brain off whatever it is that’s making them go to the music in the first place.” The quality of the material will ensure that they keep returning to an album Furlow says he intended to make, “for everyone.”