Listen to a new single from Mourn 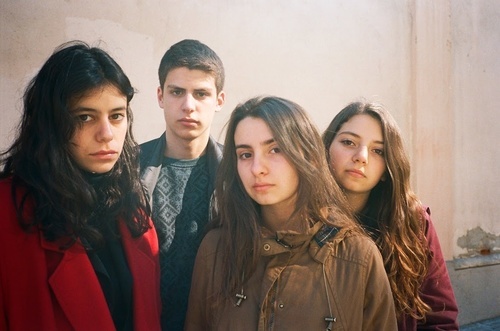 Catalonian post-punk band MOURN recently announced their new album Ha, Ha, He., the follow up to their s/t debut album, Today the band are sharing new single “Second Sage” ahead of the LP release on June 3rd via Captured Tracks.

MOURN’s Jazz Rodríguez Bueno explains “Second Sage” saying, “This song is about last August. I was feeling alone, I had nothing to do so I spent the most of the time playing the Legend of Zelda, Ocarina of Time. That was the only thing that made me feel good at that time, and it made me feel kind of useful somehow. One day after playing, I picked my guitar and started talking about it. It’s basically about me waiting for someone to talk to me while I am in the Fire Temple.”

MOURN’s self-titled 2014 debut LP gave the world an interesting idea: Catalonian teenage wunderkinds making authentically great guitar-based music in an era where it’s considered almost unfashionable. Since that period, the band has faced some very real issues, both personally and professionally, things that 17-to-20 year olds normally don’t have to worry about. When dealing with such a youthful band, you worry about how they will live up to the early attention as it begins to dissipate. Upon hearing Ha, He, He. for the first time, it turns out, we never needed to look forward to MOURN growing into a great band.