Lindenfield, a songwriter and producer (previously working with artists such as The Atomics, Emily Brown, and June Cat), has premiered a new track entitled “Saint Helens”. Often autobiographical, Lindenfield’s songs explore the connection and miscommunication between himself and others in grief, love, anger, and hope. His new album Season of Death is due out January 24.

“My grandma Shirley passed away late last year during what seemed to be a season of significant deaths,” Lindenfield says. “David Bowie. Prince. George Martin. They all hit me hard. My new album is a collection of songs I recorded at home over the last few years while I was mourning the loss of a loved one, a hero, a lover, or simply the loss of hope.”

Growing up in Chicago, Lindenfield relocated to Los Angeles to be closer to the heart of the music scene. His move to LA is explored on Season of Death, a record that doesn’t focus on romantic love, unlike his first release The Experience, which largely revolved around a very hard breakup. Feeling like he had lost a part of his memory in the move, Lindenfield had to start over; re-learning and remembering who he was. Several of the tracks on Season of Death revolve around the death of “growing up.” “Blue Bucket of Gold”, “Won’t You Do?”, and “Oh, And I Thought I Was A Warrior” all carry the weight of a fractured sense of community and the then-foreign feeling to Lindenfield of spending lots of time by himself.

Even though some of the album’s lyrics are about lovers, more often than not, Lindenfield chose to cover those songs for other reasons. To Lindenfield, “You Talk Way Too Much” is a soothing song about checking his expectations. “Living Without You” is more about missing the freedom of being a teenager as he moved to a new city, reminding him of his days spent worrying about how to make enough money and learning how to be myself around strangers. 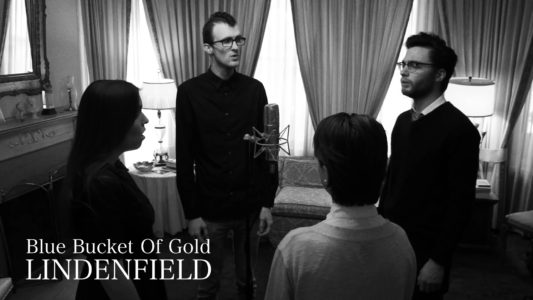 “Blue Bucket of Gold” by Lindenfield