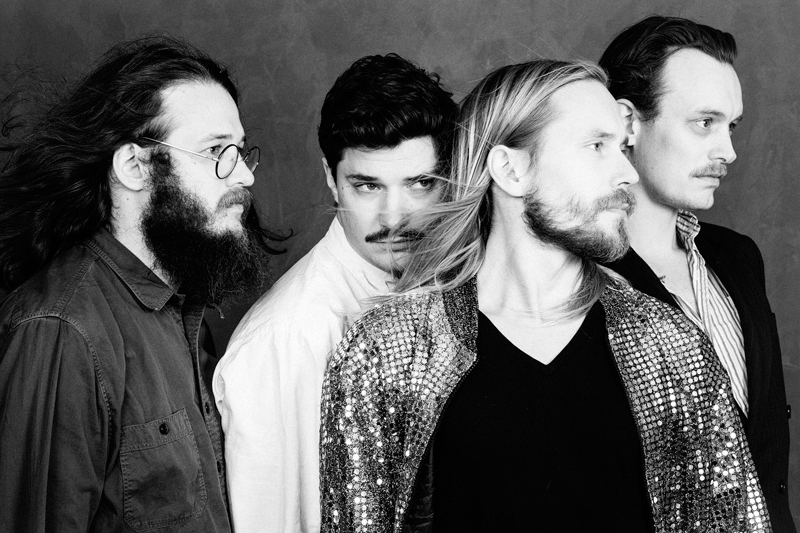 Liima have presented a short film for the song ‘Russians’, which blur the lines between music video and documentary as it tells the controversial story of the 1980 Olympic Games where more than sixty nations boycotted the Moscow event citing political protest. “Russians” was inspired by an orchestral record found entirely by chance. Awed by the music on this nameless album, Liima decided to sample the track’s horn section and build a song around it. It was only later they discovered the orchestral piece was written by the legendary Russian composer Aleksandra Pakhmutova who had created it for the 1980 Moscow Olympic Games opening ceremony.

Directed by Danish filmmaking duo Jonas Bang and M.I.L.K, the pair tracked down one of the athletes who was affected by the 1980 boycott, retired West German javelin thrower Michael Wessing. A gold medal favourite, his story is central to ‘Russians’ where he talks frankly about the protest and its lasting effect on his life, which ultimately led to him giving up his career and Olympic dream.

“The Olympic Games is a peace movement, an arena for nations to compete and show greatness through sport performances rather than war and politics,” Bang and M.I.L.K explain. “But just as in 1980, politics has a habit of muddying those honest intentions. So with the upcoming games in Rio and the personal disaster for the numerous Russian athletes banned due to a state-organized doping scheme, we felt it was time for a reminder to keep the Olympics pure and honor its peace-positive values. Remember that it is the athletes who pay the price of nations’ political games.”

‘Russians’ is taken from Liima’s debut album ii, out now.

“With Efterklang we worked for years on an album and were – often because of over-editing – rarely satisfied,” say the band. “In Liima it’s all about the spontaneous creation of music. Every now and then we just meet in a city, experiment for a week and present the final results by playing a concert – without any form of editing. Our debut album is based on these experiments.”.