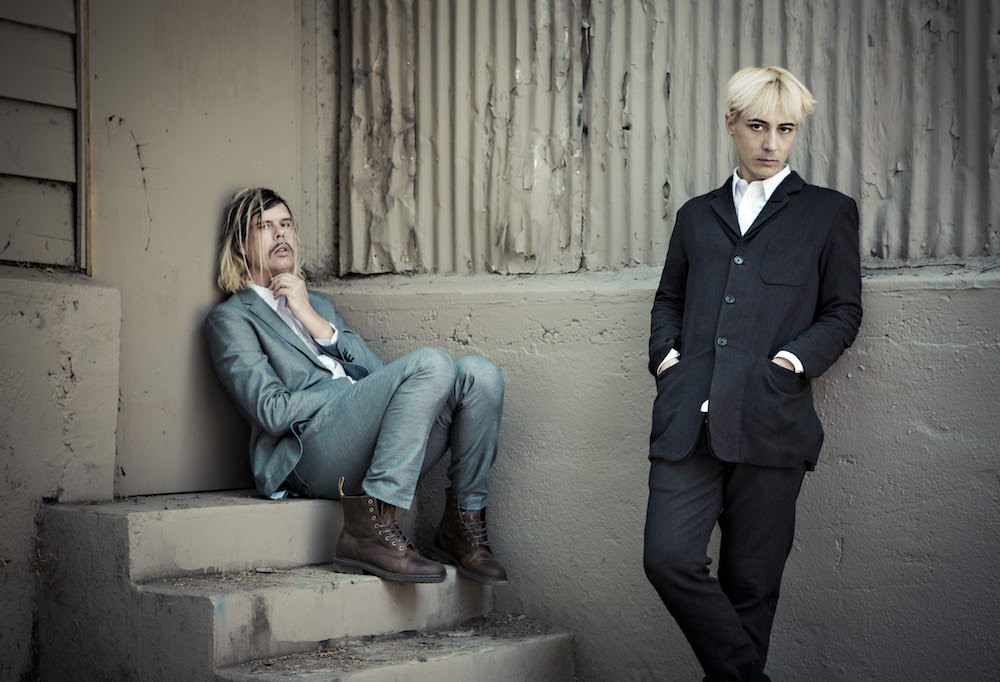 LIARS will release their soundtrack 1/1, July 20 via Mute. The soundtrack to Jeremy Phillips’ directorial debut which is set to be released July 17. Starring Lindsey Shaw (Pretty Little Liars), Judd Nelson (The Breakfast Club, St Elmo’s Fire) and Dendrie Taylor (Star Trek Generations, Twins), the film submerges the viewer into the mind of Lissa, a 20-year-old girl in rural Pennsylvania and her struggles with sex, drugs, love and loss. Liars have created an electronic soundtrack that reflects the film’s use of mixed media abstractions and multi-film formats. Today, Liars are sharing the first single from the film “Liquorice.”

Created soon after Liars’ 2014 album Mess, these are the last recordings by Angus Andrew and Aaron Hemphill before Hemphill amicably left the band. In 2017, Angus Andrew released TFCF, Liars’ eighth studio album, and Aaron Hemphill has just released Nonpareils’ Scented Pictures, his debut solo album – both albums are out on Mute, Andrew and Hemphill’s label since Liars’ debut, They Threw Us All In A Trench And Stuck A Monument On Top.

Angus Andrew and Aaron Hemphill were given the script for 1/1 and, after reading it on a flight from LA to NY, immediately decided to take it on. “It was very heavy, it was very intense and by the time we got to New York, we’d read it. At that point, we hadn’t seen anything but we were on board just from reading the script,” explains Angus.

Soon after, Liars rented a space in Copenhagen and started work on the film’s soundtrack. The director, who up until that point had been using temp music to mark out where the score would go, gave the band descriptions for each of the cues. Instead of giving musical direction, he gave them emotional and descriptive language to describe what he wanted, such as “imagine you have a 100-piece puzzle, but you have 1000 pieces – what would that sound like” or “the character is submerged in water at 4am” or “an alarm clock won’t stop ringing.” Liars were delighted, “This was the perfect thing for us to hear, that allowed us to explore that feeling. At this point we still haven’t seen the film, we were going off the script and a few sample scenes. These descriptions were really helpful for us, and even though they were abstract, they allowed a lot of interpretation.”

Hemphill goes on to say, “We tried to find ways to take it off the grid. We would watch it, read the script and try to get a feel for the plot development and then base the music off of our memory.”

The result is a fractured, emotional response to characters within the film. Without using visual cues that might allow the music to simply mirror emotion, Liars have delved deeper into the reality of some of the more complicated themes of 1/1. Director and writer Jeremy Phillips has explained that the film was originally created in response to watching the films of John Hughes for the first time, after the director’s death in 2009, and wondering what a Molly Ringwald film would look like now. Highly personal, he explains that it “started to connect me with the past, and dealing with depression and anxiety.”

Phillips has described the film as very much a joint production between all of the artists involved (he himself found specific inspiration in Liars’ single “No. 1 Against The Rush”) and some of the film was edited to work with the music, an unusual technique. The director explains, “I view this movie as ours, and that goes for everyone involved in the production. I wanted there to be give and take between everyone working on it.” This is particularly evident as the film was actually changed in some sections to adapt to the music.

Phillips goes on to say, “The music, how it functions in the film, is really the access point to the main character’s thoughts/feelings. It’s a coming-of- age story, she’s very distant and the music guides you through the emotions, as both she and the visual language of the film keep maturing.”

Liars’ 1/1 is released on Mute on July 20. The film will open on July 17 with a premiere screening in Los Angeles on June 28.