“Let’s Make Out” by Dream Wife 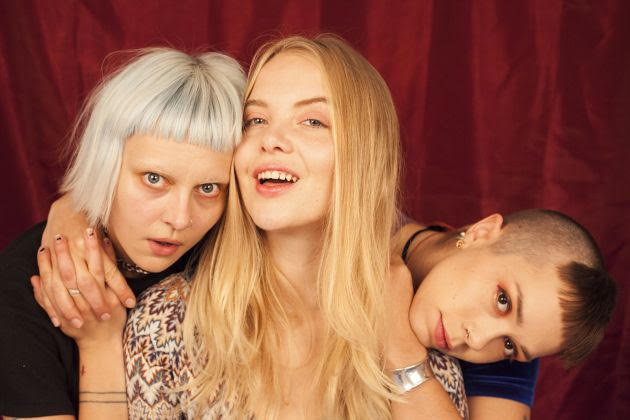 London-based and British/Icelandic born punk trio Dream Wife will release their self-titled debut album on January 26th via Lucky Number. The band’s music and live shows are fierce, and they deliver a strong message about subverting society’s objectification of women (“Women aren’t objects; we don’t just fit into one mold.”) while priotizing cultivating safe and inclusive spaces at their shows. One of the band’s album single “Let’s Make Out”, is now available to stream.