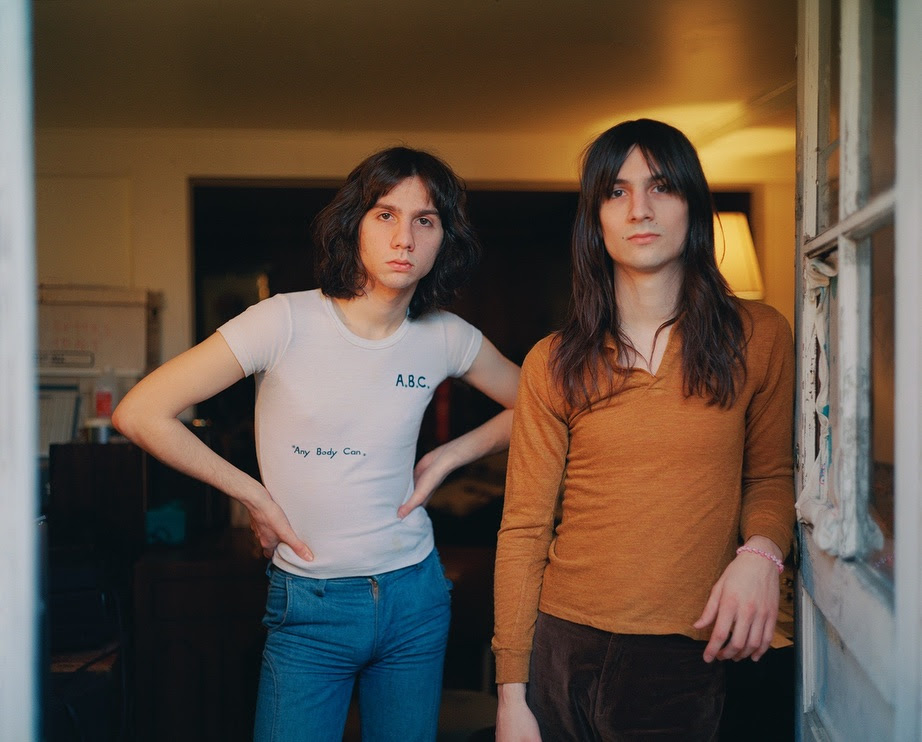 The Lemon Twigs’ musical album Go To School, lands August 24th via 4AD. Ahead of it’s release, the band has shared new single “Small Victories” today. This is the second song released from the 15-track LP that was written, recorded, produced and mixed by brothers Brian and Michael D’Addario in their home in Long Island. The Lemmon Twigs play the Øya Festival, August 8th in Oslo, Norway.

Brian and Michael D’Addario on the album:

“When life’s obstacles start to wear you down, it’s the little things that keep you going. Bowling a perfect game, catching a glass before it falls to the ground, making the train in the nick of time. While there are no guarantees, we can always count on the Small Victories.”

Go To School tells the coming of age story of Shane, a pure of heart chimpanzee raised as a human boy as he comes to terms with the obstacles of life. Todd Rundgren and their real life mother Susan Hall play Shane’s parents. Recently released album closer “If You Give Enough” reveals the moral of the fable: give a lot of love without expecting it in return and you won’t be corrupted by the hate around you.

This fall, The Lemon Twigs will join Arctic Monkeys on their UK and European tour as well as two nights at the Hollywood Bowl in LA. Full list of tour dates below including underplays at NYC’s Baby’s All Right, LA’s Masonic Lodge and London’s The Lexington; more to be announced soon.