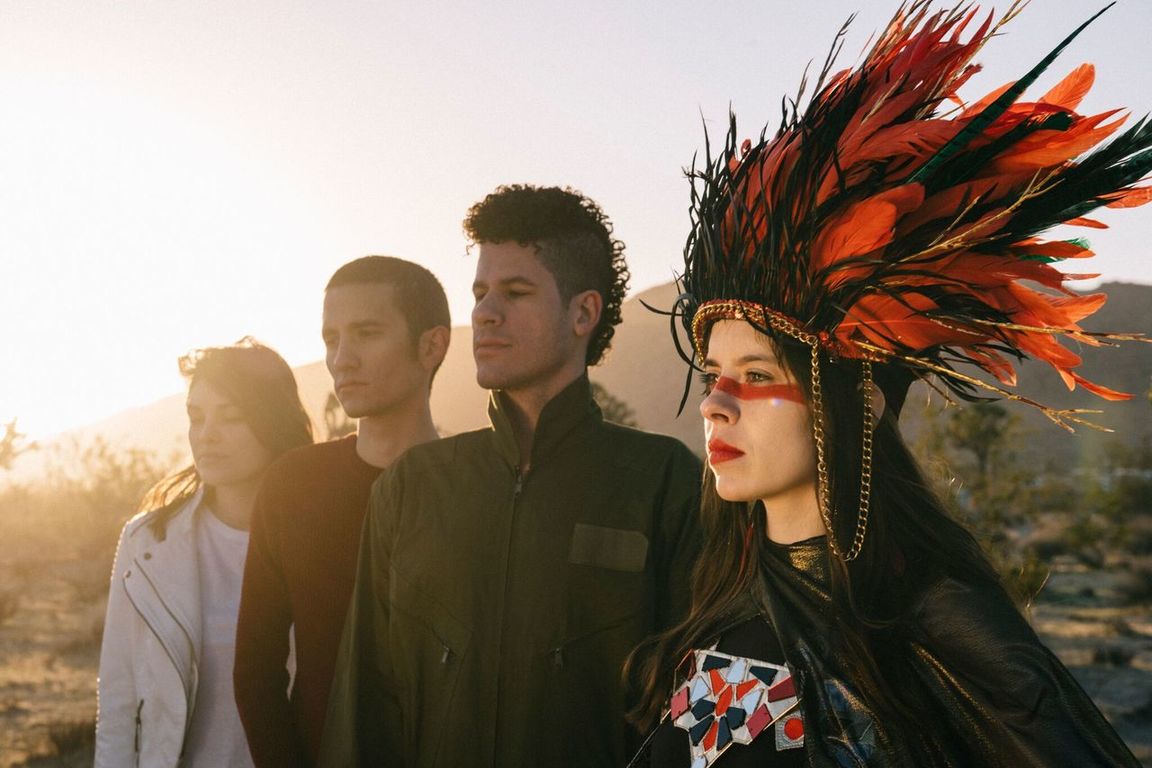 Teri Gender Bender (né Suárez) has continuously redefined punk since the age of 17 with Le Butcherettes, and is even taking singular songwriting in strange new directions. In the road to the their new record, Le Butcherettes worked with Jerry Harrison (Talking Heads & The Modern Lovers) to shape their ecstatic creativity into powerful new tracks. After making sure we’d both had our morning coffees, Teri Gender Bender walked us through her latest creative streak, humble beginnings and how a nightmare inspired one of the band’s rawest songs.

Northern Transmissions: What inspired you to take Struggle in 3 different directions on your recent EP and how did you want to make each take as distinct sonically as they were lyrically?

Teri Gender Bender: It was all a happy accident. We had been recording a few different versions of the song just to explore it and before we knew it we had four or five versions. Hopefully the other versions will come out in the future. We thought it might be too much so I contacted the label to discuss putting them out as an EP. The idea started in my closet when I was hiding from my mother while she was on an episode, and I was fearing for my life from someone I love. We’re not speaking now but she likes to read stuff about me, but in person there’s this more love/hate relationship, so I want her to know it can be simple too. I think opening up this dialogue about mental health, some people can find closure.

NT: How did Jerry Harrison get involved to produce the struggle/STRUGGLE EP and what did he bring to the process behind it?

TGB: I think all of us are big fans of the Talking Heads and the Modern Lovers, so we were very surprised when he agreed to produce our EP and record. I came into the studio with a lot of extra demos and rather than being turned off by it, he was excited by all of it. Being at his studio was super nice, in this isolated beach town, and we had to hike to get anywhere. Starting the band in Guadalajara at 17 in my room I felt sorry for myself so it’s amazing that we’ve gone this far by uniting.

NT: I also understand some songs on the new record had been around since you were 17 (the band’s beginning), so what made them feel relevant to where you were now?

TGB: Sometimes when you write a poem you don’t return to it for years because you have no perception on how good it is, you just have to get it out. These feelings from the songs still rang true to me, and I don’t know if that’s a good thing psychologically or not (laughs) but at least on a musical sensibility they were good songs to work on.

NT: Similarly how has involving the band more in this latest record helped change how they come out a little?

TGB: Everyone comes from such extended musical backgrounds so they can see these songs for what they are right away. It’s hard to put in words but when we’re playing together I feel elevated, and hopefully all of us feel that. It’s nice to see these songs take their own form. It would be great in the future to see everyone contributing their own songs. One of the Struggle tracks was actually written with this artist called Eureka The Butcher, so it was cool to have someone else’s ideas in our mix.

NT: How has having to support the band yourself over the years affected the band and what has support from Rise Records changed for you?

TGB: Looking at the inspirations for Struggle again, this has been one of the constant struggles in keeping the band afloat. We always wondered if this year would be the last year of the band, and you can’t take that for granted. Rise has really helped us with a lot of things, getting Jerry as producer, a studio which we never had before beyond some work with Omar [Rodriguez-Lopez]. The tour support and a lack of bossiness has been great, and it’s been great to never have someone else try and tell me how to run my shit.

NT: I think it’s interesting how calm and almost shy you seem in interviews compared to your unhinged live persona, so do you see performing as a therapeutic release and what’s led you away from the raw meat side of your shows?

TGB: You’re always constantly changing, and you can be crazy forever but you’ll eventually be the oldest one in the class. We had to evolve and try to better ourselves as people and a band. I’m almost 30 now, so I can’t be wearing meat on my face forever. When I started the band, I was very angry and I was coming from a pure expression that I felt like a piece of meat. Now that I’m in a better place, the message is more that we’re pissed but we’re promoting art.

NT: Alternatively I was interested to hear if any of the more improvisational writing you did on the Crystal Fairy record last year informed the writing for this latest album or more just helped you reset creatively?

TGB: It must have had some effect and it made me want to experiment with many more shades of the spectrum so to speak. For this next record, it actually feels like it may have inspired me to do the opposite if anything, it’s hard to tell though since I don’t have perspective on it yet.

NT: Admittedly I’ve always been enamored with your track “The Gold Chair Ate The Fire Man” but I was curious if you could elaborate on where this title came from?

TGB: That actually came to me in a nightmare. I must have seen it somewhere in a Cronenburg movie or something. But it was this vivid image of a chair made of solid gold, and then these teeth came out of the chair to eat you. I just remember a man in red who looked like a fire man was eaten by it, and I was too paralyzed to help him. All the anxiety that nightmare caused me was equivalent to falling off a cliff. (Laughs) 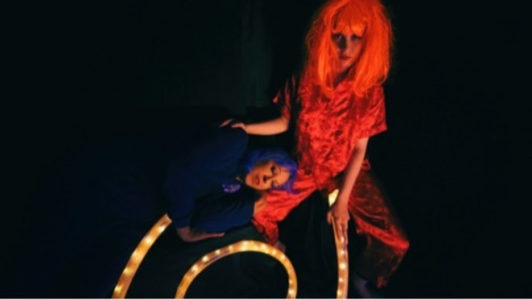