Laura Marling Returns With New Album In May 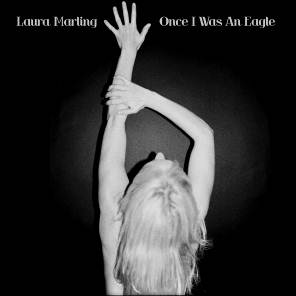 Laura Marling returns this May with the follow up to 2011’s A Creature I Don’t Know.

The new album, Once I Was An Eagle, was recorded in the English country studio of regular producer and instrumentalist Ethan Johns (Kings of Leon, Ryan Adams, Vaccines), with Dom Monks on engineering duties and Marling’s lifelong friend Ruth de Turberville on cello. Not only was the process complete in just ten days, but Marling’s vocals and acoustic guitars were recorded live in one take—in one day. To that acoustic skeleton—which will be the sound of her upcoming solo tour, her first sans band—Marling and Johns then added textured layers of percussion and instrumentation.

When Marling began writing the songs that would become Eagle, she’d been “obsessively” collecting records from the year 1969. She was in the middle of a U.S. tour to promote A Creature I Don’t Know. She was about to let go of her band, feeling dislocated on the open road, and searching for what it meant to be an artist and a woman in the world at an age at which her contemporaries were in college. Eagle is a concept album, sort of. It follows a thread of mythology, lyrically and metaphorically. An eagle and a dove, the devil, and the sea populate her cast of characters; soundscapes ebb and flow like an epic plot, or, for that matter, an epic road trip across the States.

5. Master Hunter That Been)