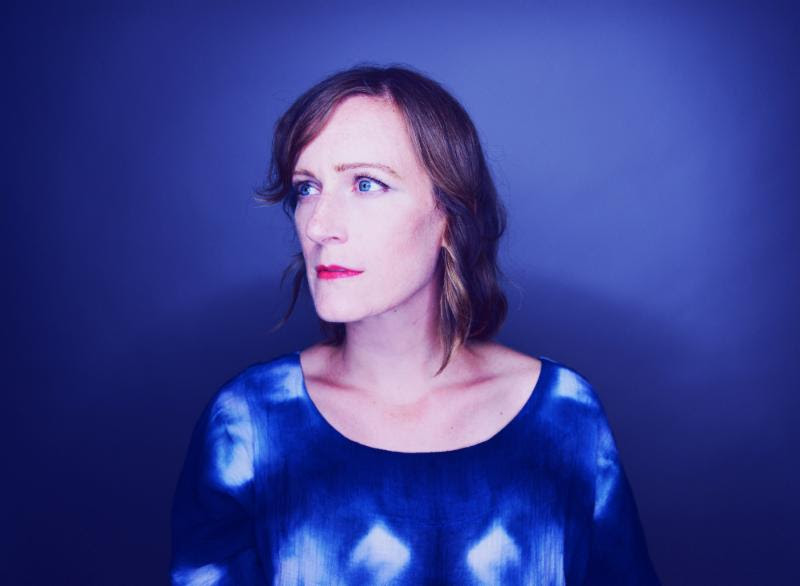 Laura Gibson has confirmed a US and European Spring tour in support of Empire Builder that kicks off March 16 in Pittsburgh, PA (supporting Shearwater) and includes a stop at New York City’s Joe’s Pub where she headlines on April 9.

Empire Builder is named for the Amtrak route Laura Gibson took while moving from Portland, Oregon to New York City in the summer of 2014. It wasn’t the easy start she was hoping for – not only did she leave behind a very full life but immediately upon arrival Gibson broke her foot and barely left her 5th floor apartment for the first two months. Then, on March 26, 2015, her East Village building burned to the ground in a horrific gas explosion which killed two people and left many homeless. She escaped unharmed but lost everything: all identification, eyeglasses, musical instruments, years of notebooks and every word she had written in response to her move. She spent the next few months rebuilding her life and all the while rewriting the lyrics she had lost. It is no surprise that Empire Builder stands as her most personal record to date.

I captured this video footage while traveling from Oregon to New York on the Empire Builder, and Lake Shore Limited Amtrak trains; so the music video and the song have existed together since their beginnings. At the time, I was moving to New York to attend graduate school. I had known for a while that I needed some sort of change, a new challenge in my life and work.
I had always wanted to take the train from coast-to-coast, and this seemed like the right time. There wasn’t a lot to do besides read and write and look out the window and chat with strangers. Early on in the trip I started taking landscape footage on my phone. After watching the scenery change so dramatically, I continued to capture footage every half-hour or so, deciding I’d stitch them end-to-end to simulate a lightning quick swoop across the country.

I should also mention that I was moving away from the person I loved most in the world. By making that choice, I was making a statement about my own ambition and independence. Yet the whole time on the train I was checking my phone for some sort of text, an affirmation from him that this choice I was making was ok. He was conflicted too, and much of the first half of the route is beyond the reach of cell phone towers. I’d stare out into the dark, and every so often capture more footage. I found myself writing the same two sentences over and over again. “Hurry up and lose me. Hurry up and find me again.”

Often, my instinct is to write from a place of wise knowing, to stand outside of a feeling or situation in order to observe it well. That was not the case with “Empire Builder”. This song captured a moment of utter unknowing, of self-doubt and confliction. The song itself became my means of finding an answer, my way of saying something I couldn’t otherwise express.
A poet friend once told me that every poem is a love poem, because to write a poem is a love act. I feel similarly about songs. This absurd life I’ve chosen, trying to rhyme words, traveling around, attempting to realize those words’ meanings in other people; it very often does feel like an act of love. But at the same time, it can seem like an indulgence, like irresponsibility.

Restlessness has often served me well. The work that I am most proud of has come from following my curiosity to its ends. This same restlessness has strained and stalled relationships. I dig and dig towards making some sort of profound meaning with words, then look up and discover that I’ve dug myself too far from the person with whom I most want to share that meaning.

The first few times I performed “Empire Builder”, I felt almost embarrassed. It seemed too simple, too direct and personal. But it seemed to resonate with people, and more importantly, I felt I had been able to communicate something I had been trying and failing to communicate up until that point. It was the charge, and the anchor that allowed me to make the whole record, which shares its name.