binki has released a new video for “Land Line,” the track is off his debut EP Motor Function, now available via Fader Label. Recently binki has been on the road supporting Glass Animals on their North American tour. Motor Function was produced by Justin and Jeremiah Raisen (Yves Tumor, Angel Olsen). Chasen Smith co-produced “Landline” and “Clay Pigeon,” and Nate Donmoyer co-produced “Revolve.”

“Landline,” directed by Joshua Parsons. binki shares, “This song is about Batman…Not really but it does bear some similarities to his credo ‘I work alone’. I think in life as we grow and move along, we build connections and relationships which obviously serve to make us happy and make us feel alive. But on the other hand, it also opens us up for disappointment and feelings of neglect. On both sides. So there’s always a balancing act for me. For better or worse. I remember in school, if given the option to work in a group or work alone, I would always prefer to just do it myself. However, ‘Landline’ is primarily about a girl. The conflict of wanting to be with someone but also wanting to feel free and without responsibility. I don’t recommend closing yourself off from the world and I’m definitely not championing this idea but I guess it was on my mind at the time. Since writing this song I’ve become a swinger..”

Born to Kenyan immigrants in Pennsylvania, binki grew up on a steady diet of his older siblings’ music preferences. But it wasn’t until studying to be an actor at UNC Greensboro that binki found himself gravitating toward music as a career.

In 2018, he graduated, released his debut single “Marco,” and headed to NYC where he immediately captured audiences with early singles like “Wiggle,” “Sea Sick,” and the bright-eyed track “Heybb!”. Through vigilant self-promotion and word of mouth, binki swiftly drummed up millions of streams, heavy rotational play on Zane Lowe’s Beats 1 and snagged opening spots for Still Woozy, BENNEE and Johnny Utah. In fall of last year, “Heybb!” was featured in an Apple iPad campaign meanwhile garnering several Artist to Watch lists including Pigeons & Planes who praised his “distinct, consistent style.” 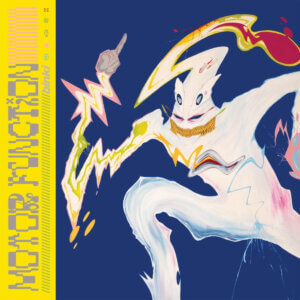 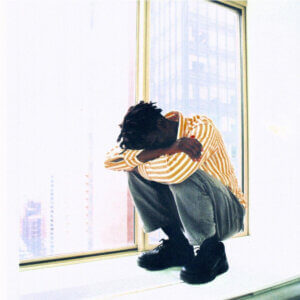