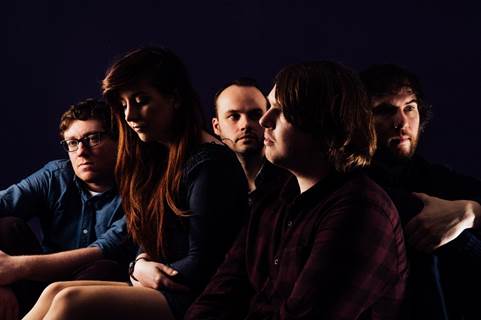 Irish dream-indie-pop band Land Lovers, recently announced the release of their brand new album, The Rooks Have Returned, out 16th May on Popical Island. Founding members and key contributors to the Popical Island collective in Ireland (Paddy Hanna, Tieranniesaur, Squarehead, Ginnels, No Monster Club, etc.), Land Lovers are central to the ever-growing Dublin guitar pop scene in recent years. The band have also toured with and opened for the likes of Stephen Malkmus & The Jicks, Yuck, The Mantles, Nodzzz, Ham Sandwich and The Wave Pictures.

Lead single from the record, “Springtime for the Mystics” lilts and sighs as it flirts with bombast, taking musical cues from Future Islands, New Order, the Bowie of Berlin and the things at hand, like a dubiously-tuned old grand piano and a MiniMoog.

The lyrical milieu is an imagined future for one of the children in revolutionary Dublin between Volunteer positions at Easter 1916. Relocated to Liverpool, he succeeds in mainstream politics and attains some power but his background is a constant source of worry, and there is a scandal (personal? political?) waiting to break. Weaved into this are occult visions, false dawns, untrustworthy harbingers of spring and the paranoia of the self-made man. The mood is rueful and unsentimental.

‘Angeline’ is a jangly, ‘50s inspired anthem accompanied by shuffling drums, nodding to vintage northern indie. The song reminisces from the perspective of an older man, looking back on his youth and recalling ‘the one that got away’. Lead vocalist, Padraig Cooney, references memories from his own childhood – ‘Orwell’ and ‘The Trads’ were rival ‘gangs’ in the singer and guitarist’s hometown in Ireland.

Having started life as the solo project of Padraig Cooney, releasing the album Romance Romance, Land Lovers became a 5-piece band for the Immovable Feet EP and the acclaimed Confidants LP. In the gap between that album and The Rooks Have Returned, the band collaborated with Limerick’s Choice Prize-nominated Windings on a split LP.