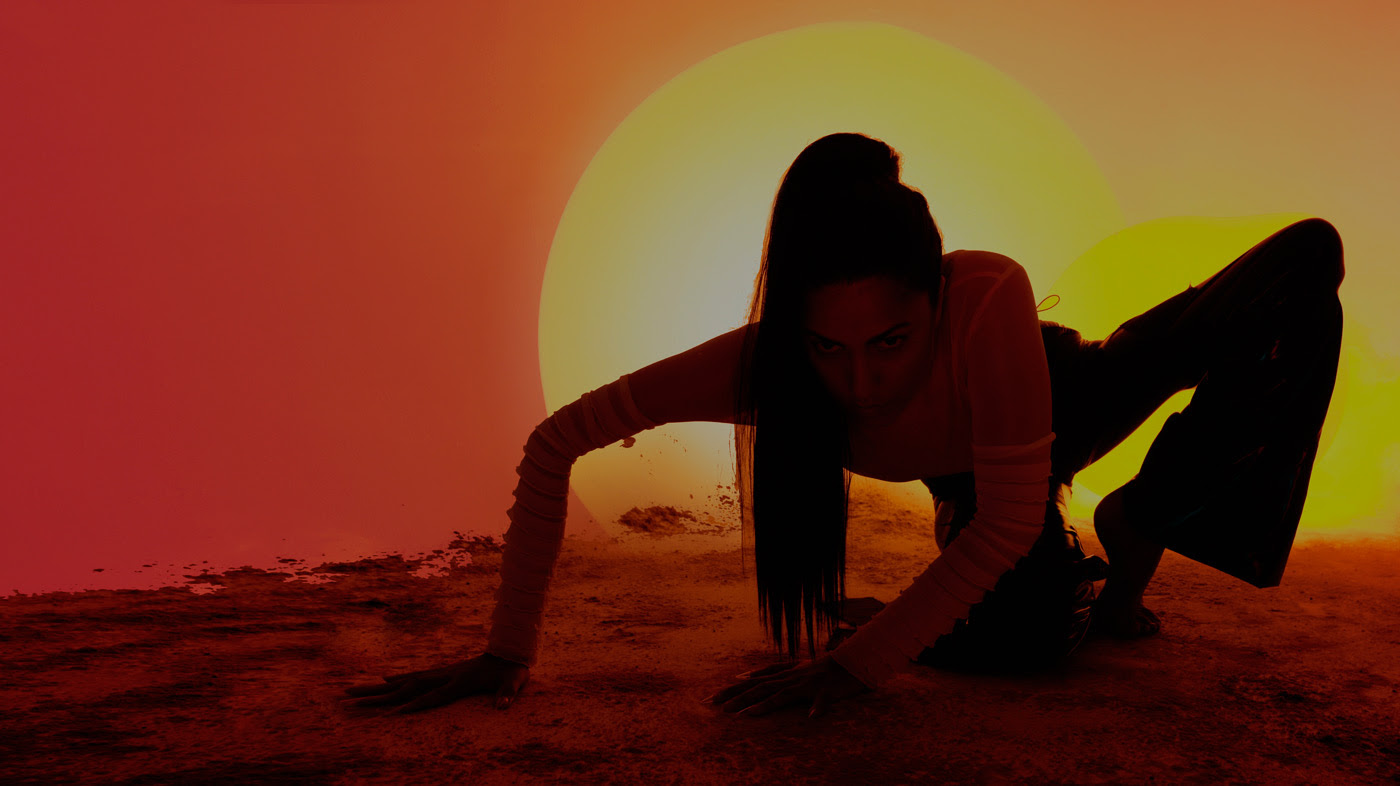 Lafawndah exists at a unique crossroads between vocalist and producer, conceptualist and performer – a disciple of hyperlinked global sonics and steadfastly urban attitude. Like her 2014 debut EP, the recording of Tan began on an island with the same minimal studio set-up. This time, with collaborators Nick Weiss and Tamer Fahri, it was Fire Island off the South Shore of New York rather than the Caribbean island of Guadalupe. Soon enough proceedings hopped to the totemic island of Manhattan, where she embodied the role of executive producer by folding the like-minded ADR and L-Vis 1990 into her process to help realize a warped vision of industrial rhythms fused to an aggressive palate of nomadic atmospherics. Friends first and collaborators second, the group operated more as an orchestrated band – not ‘producing’, but working cohesively to accelerate Lafawndah’s momentum.