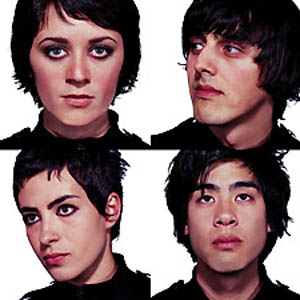 On November 29, electro-pop provocateurs Ladytron will release a Record Store Day exclusive called Gravity The Seducer Remixed – a remix compilation of tracks from their last studio album (Gravity The Seducer).

In speaking about the release, “When we made our last studio album Gravity The Seducer we were conscious that although we wanted to make a slightly different kind of record (going further into the more atmospheric threads we had experimented with in the past), that our soul was essentially disco, and we would also make a more upbeat, parallel version of the record in collaboration with a dozen or so producers we admired. This is the eventual result, albeit a little behind schedule,” says Ladytron’s Daniel Hunt.