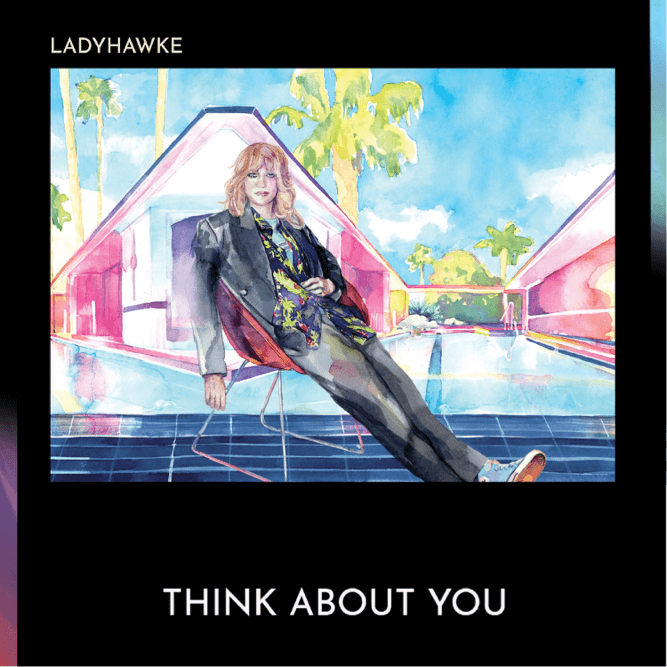 New Zealand artist Ladyhawke has released her brand-new single “Think About You.” The track is off her new album Time Flies, “an album, that fuses intimate subject matter such as motherhood, mental health, postnatal depression & recovering from a serious skin cancer condition.” The album comes out on October 8, via BMG.

Pip says about the new single, “I wrote Think About You with Josh Fountain. After we wrote the music, I came up with the idea to write the song about a fantasy infatuation that miraculously gets reciprocated. Whether it’s real or in the subject’s imagination is left up to the person listening!! I think the dictionary meaning of the word “limerence” describes this best: Limerence – noun: the state of being obsessively infatuated with someone, usually accompanied by delusions of or a desire for an intense romantic relationship with that person.”

“Think About You” follows the much loved single “Mixed Emotions” which extended to the recent ‘reMIXED EMOTIONS’ EP release that included 3 x new remixes from a stellar all-female artist line up which included K.Flay (US) / Woodes (Aus) / Shura (UK).