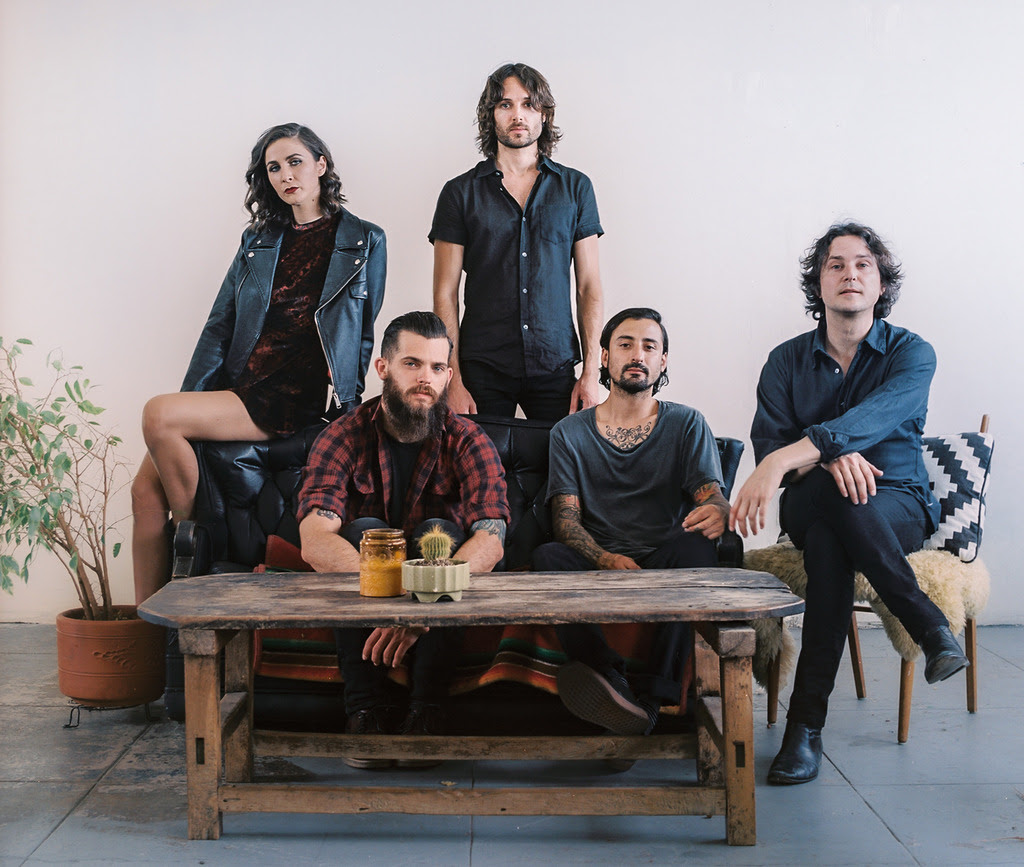 Dream-pop quintet Nightjacket have released their video for their single “The Right Way To Fall.” Taken from the their debut EP, Eternal Phase, “The Right Way To Fall” was directed by filmmaker James Pillion of Gyroscope Productions and is a subtly lush, sun-dappled visual that is currently premiering over at CMJ.com. Eternal Phase, which was mixed by Jeff Zeigler (The War on Drugs, Kurt Vile) and mastered by Joe Lambert (Wild Nothing, Deerhunter, Sharon Van Etten)

The story of Nightjacket begins at a backyard party in Los Angeles where Holland Belle, a classically-trained opera singer, and musician Jordan Wiggins met for the first time. While watching Belle perform a number of folk songs solo on an electric guitar, Wiggins found himself impressed and inspired. “Her voice was beautiful, powerful and kind of dark – I told her she reminded me of Hope Sandoval of Mazzy Star,” he recalls. “It was interesting timing because her style was in line with the sound of material I was already working on; these dark and dreamy pop songs. As I continued to develop new songs I think I had her voice in mind, consciously or not.” Wiggins sent some demos to Belle, sparking a collaboration and collection of songs that have come to define the sound and direction of the band.

From there, a permanent lineup was formed. Friends Steve Lucarelli (bass), Diego Guerrero (drums) and Louie Schultz (guitar), formerly of the indie-pop band Army Navy, have rounded out a lineup that has opened for like-minded acts such as The Mary Onettes, The Bulls and more.