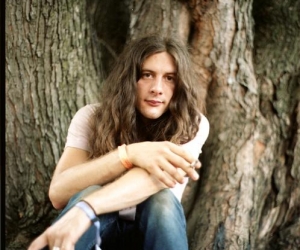 Today sees the release of the “KV Crimes” video from Kurt Vile’s Wakin On A Pretty Daze.

Also, it was announced today that August 28th has been named Kurt Vile Day in Philadelphia:

By mayoral decree, August 28 will officially be Kurt Vile Day in Philadelphia! On that date, Kurt will give a free solo performance in City Hall Courtyard at 5:30pm for the season finale of the City Hall Presents summer concert series. Prior to his performance, the City of Philadelphia will present Kurt with the Liberty Bell Award, the highest honor the City can bestow upon one of its citizens. This award is given only to native Philadelphians, and is presented in recognition of outstanding professional achievements and civic generosity.

Life imitates art – Kurt will be king for a day!