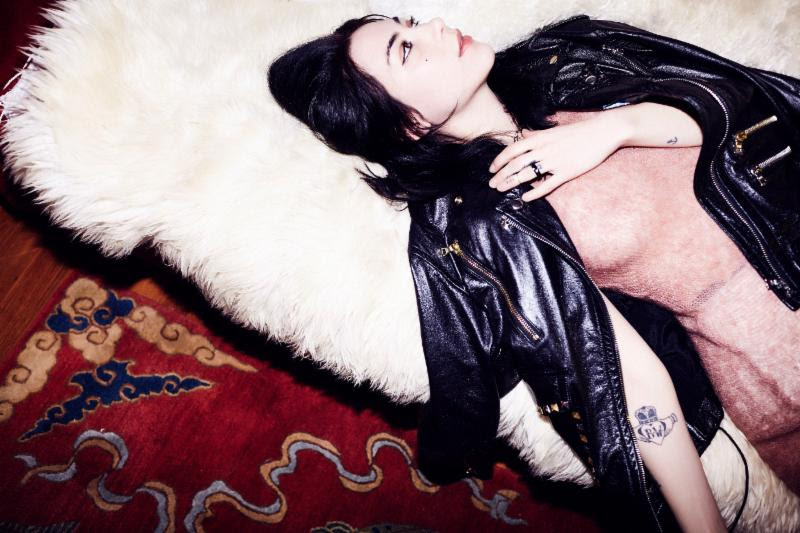 Kristin Kontrol will kick off an East Coast tour on June 15 at BSP in Kingston, NY. After the short headline run, which will wrap up on June 22 at Baby’s All Right in Brooklyn, NY, she’ll be opening for Garbage. The band’s summer tour kicks off on July 22 in Minneapolis and includes concerts at Ryman Auditorium in Nashville (July 20) and SummerStage in NYC’s Central Park (August 1). See below for itinerary.

Kristin Kontrol is the new project from Kristin Welchez – fka Dee Dee, leader of the rock band Dum Dum Girls. Dum Dum Girls was Kristin’s guise for the best part of a decade. After posting her bedroom recordings online, she caught the ears of Sub Pop, assembled a group of badass, black-clad cadets and toured the world. Over the course of three albums, four EPs and numerous singles, Dum Dum Girls morphed from the girl group-gone-bad moves of debut album I Will Be (2010), to the comparatively plush noir-pop of 2014’s Too True.

Now she’s shed her skin, ditching Dee Dee – the name she had assumed for Dum Dum Girls
– for her given name, Kristin. She recorded X-Communicate with producers Kurt Feldman (of Ice
Choir) and Andrew Miller (who played guitar in the Dum Dum Girls’ last incarnation).