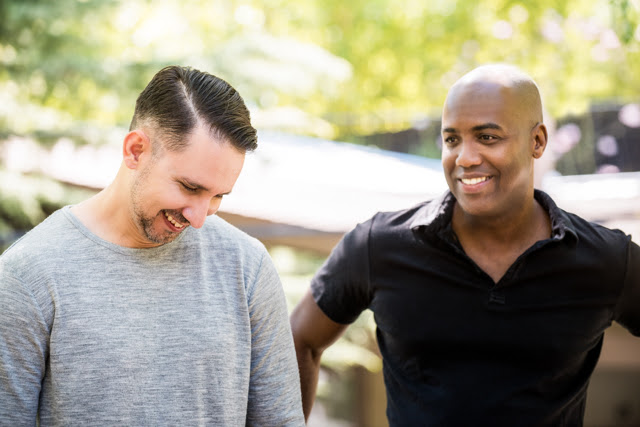 LA via Stockholm producer KONO, drops a new banger, ”If I Ever”, an updated tropical house remake of SHAI’s R&B classic “If I Ever Fall In Love”, marking the 25th anniversary of the hit song.

KONO ropes in original SHAI member, Carl Martin, on vocal duties, delivering an astue, emotive performance with a modern twist. They first met in Kenneth ”Babyface” Edmonds studio in Los Angeles and a blossoming friendship lead to the idea for working on this remake together, a track that Carl wrote and performed back in 1992.

KONO explains: ”I´ve always loved that song, it reminds me of my school days. I wanted to do a remake of the song to re-introduce it to the kids of today cause its brilliant. I did a upbeat and uplifting production to make it very different from the original that is a acapella version. When Carl put down his vocals I knew that we had something really special.”

Having remixed, written and produced tracks for Jennifer Lopez, Will.i.am, Robin Thicke, Kaskade and Far East Movement, KONO has refocused his efforts towards his own personal musical output for 2017. Blending coming-of-age pop music with influences from across the electronic dance world, this talented young producer looks set to leave his indelible mark on the scene this year.