Recently, Denzel Curry shared hisa new video for the remix of his song “Knotty Head.” Originally the first single from Denzel’s sophomore album Imperial, which was re-released across all digital platforms in October, the latest version of the track includes a new feature from UK grime artist AJ Tracey.

On collaborating the two artists said it was natural, with Curry stating: “I’ve been a fan of grime for a while – I used to watch the battles on YouTube when I was younger. I fell in love with the culture in London on my first trip over in 2014, so working with AJ is dope because it’s like worlds meshing. I feel like we speak for the youth in our countries – two MCs from opposite sides of the pond.” With Tracey the trans-Atlantic admiration was mutual: “Everyone in the UK is really watching the young rap scene over in the US, and a name that keeps coming up is Denzel. It was sick to link up with him. I feel like we have similar mind-frames and both capture the gritty element of our cities.”

The new video rounds out a busy 2016 for the Florida native, in which he released his sophomore album Imperial to critical acclaim, signed with Loma Vista, and was included in XXL’s freshman class. In addition to the new remix, Denzel is announcing that Imperial will be re-releasead on CD and vinyl on January 27th and will include two new tracks, “Me Now” and “Goodnight” feat. Nell & Twelve’Len. 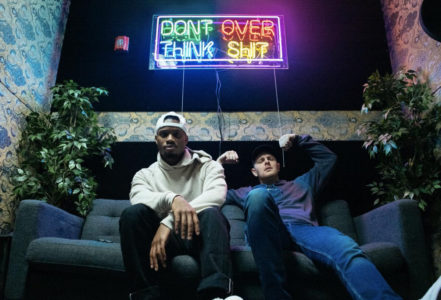