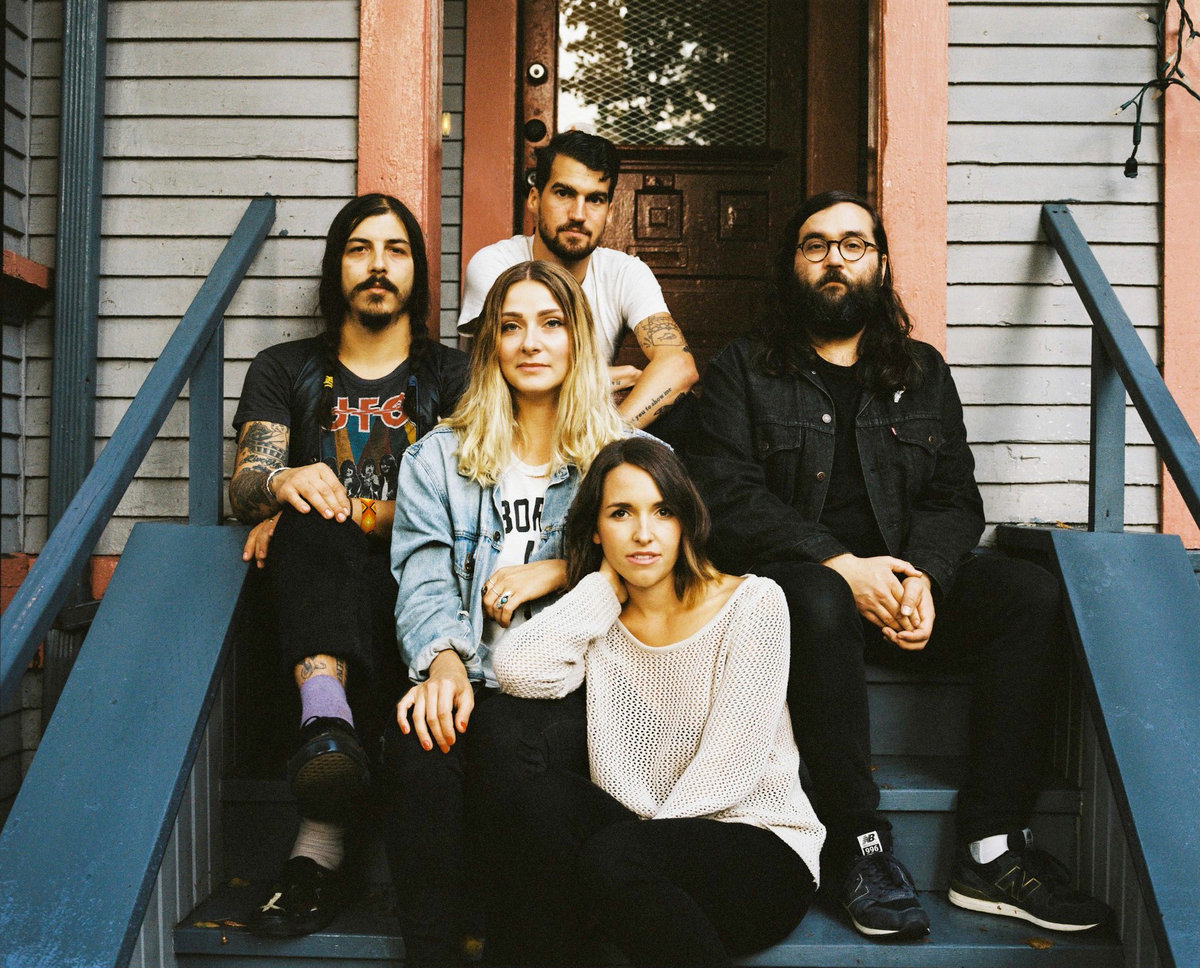 Twin River have shared “Knife,” the latest single from their forthcoming second record Passing shade.
The album comes out June 17 on Light Organ Records. When Twin River set about writing its sophomore album, Passing Shade, the members were separated by nearly 4,000 km, as singer-guitarist Courtney Ewan was living in Montreal while collaborator Andy Bishop remained home in Vancouver. And yet, despite the duo’s geographical divide, they have emerged with a unified, assertive pop-rock sound.

They wrote the new LP after recording the 2015 debut Should the Light Go Out, and the songs initially took the form of heartbroken, stripped-down ballads about lost love. “I always write on an acoustic guitar, which I think is the vestigial influence of being 15 and playing acoustic guitar in the basement because my mom wouldn’t let me have an amp,” Ewan explains with a laugh. “Nine times out of ten, when we get the band together, we end up increasing the tempo.”

As Ewan and Bishop fleshed out the material, the songs morphed into fiery rock scorchers that channel peppy pop catchiness with an undercurrent of atmospheric, synth-infused darkness. Bishop’s psych influences can be felt in the scorching electric guitar leads, while the soaring pop melodies and introspective lyrics preserve the core of Ewan’s confessional songwriting. Together, these influences combine to form a sound that is wholly Twin River.

The ten songs were captured over two sessions – one in the heat of summer, the other in the dark of winter – with producer Colin Stewart (The New Pornographers, Black Mountain) at his secluded Hive studio on Vancouver Island.

“Colin [Stewart] has an amazing, giant backyard and a beautiful patio, and he has a bird feeder which he goes out and religiously fills every morning for his birds,” Ewan reflects. “There were so many nice mornings spent on that back patio. In the tracking room, there’s a window that looks right out to the bird feeder. They just naturally became a part of the record.”

Despite the emotional tumult contained in Passing Shade’s lyrics, the album’s lasting impression is not one of melancholy, but of confidence. It’s proof of a band that has carved out its signature sound and embracing it with uncompromising assertiveness.