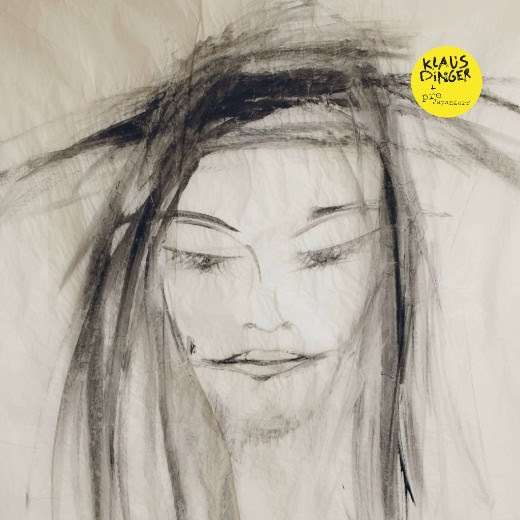 The late Klaus Dinger, legendary co-founder of NEU! and La Düsseldorf, and Pre-Japandorf are set to release their new album, 2000!, on April 22nd (Record Store Day) via Berlin’s Grönland Records. In conjunction with the release announcement, Grönland has shared the video for the album’s debut single, “Pure Energy.”

The turn of the millennium and all of its expectations for the world to evolve into a globally minded place inspired Klaus Dinger to look for new collaborative opportunities. His ambition was to create new music, to “re-sound” the impending millennium and to find new forms of artistic production. Thus, he opened his studio to various fine artists and musicians for spontaneous recording sessions. After Dinger had been introduced to Kazuyuki Onouchi in 1999 by a mutual friend, Masaki Nakao, the pair began working together on VIVA Remix, a remix of the La Düsseldorf album VIVA. These sessions were the breeding ground for the album 2000!.

With Dinger leading the sessions on guitar, Onouchi as drummer and engineer, Andreas Reihse (Kreidler) on keyboard and Viktoria Wehrmeister (Toresch) on vocals, plus Masaki and Thea Djordjadze as additional vocalists, they had found the perfect mix for this experimental setup. All of the tracks were recorded in Klaus’s Zeeland studio in one take, except “June 2. 2000! Lilienthal Studio,” which was recorded in Dinger’s studio in Düsseldorf. This took place before the recording of the album, Japandorf (Grönland, 2013), Dinger’s last production before passing away in March 2008.

A very special atmosphere reigned while 2000! was being recorded. Everyone camped outside in the lovely garden at the Zeeland studio, silently waiting for the right moment to record. Once that happened, the musicians gathered inside where Dinger started playing the guitar. Other artists followed and everyone played with no prior rehearsal. Dinger comfortably made everyone embrace the challenge of the usually very intense improvised sessions. It was crucial to capture the purity and magic of the first take.