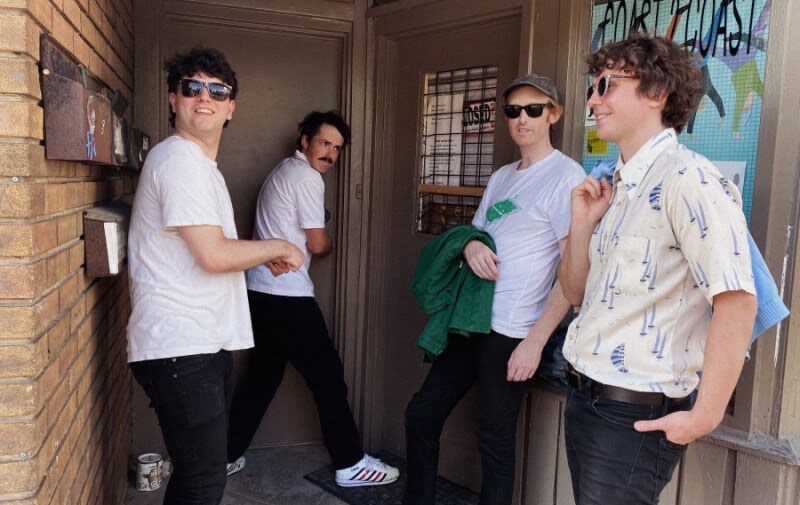 Kiwi Jr. "Unregistered Voters
Share on TwitterShare on PinterestShare on PocketShare on RedditShare on FacebookShare on Email

Kiwi Jr. have announced they have signed with Sub Pop for the follow up to their previous release Football Money. Ahead of the album’s arrival, the band has shared “Undecided Voters,” Kiwi Jr.’s darkly comic new single and official video, which is available today on all DSPs worldwide through the label, and in Canada through the band’s Kiwi Club imprint.

Shot live on location at a candidates debate between two horse jockeys in a church basement, the “Undecided Voters” video plays with the absurdity of elections as sport and entertainment. Kiwi Jr. provides the soundtrack to the sordid affair, while local news reporters stalk the perimeter trying to piece together the scene inside.

Kiwi Jr. had this to offer on the single: “We all know UNDECIDED VOTERS: democracy’s driftwood, the third planks in the flotsam that purple the pie chart, always on sight and never a part of the scene. Placing imminent demise neatly to one side, KIWI JR. concentrate on the real Issues: the terrible alliance between King Crab and the timezones; 3D printing causing mass sculptor redundancies; and the playlist at the Duane Reade. After all, who is it we’re really voting for: Spartacus or the dead?”