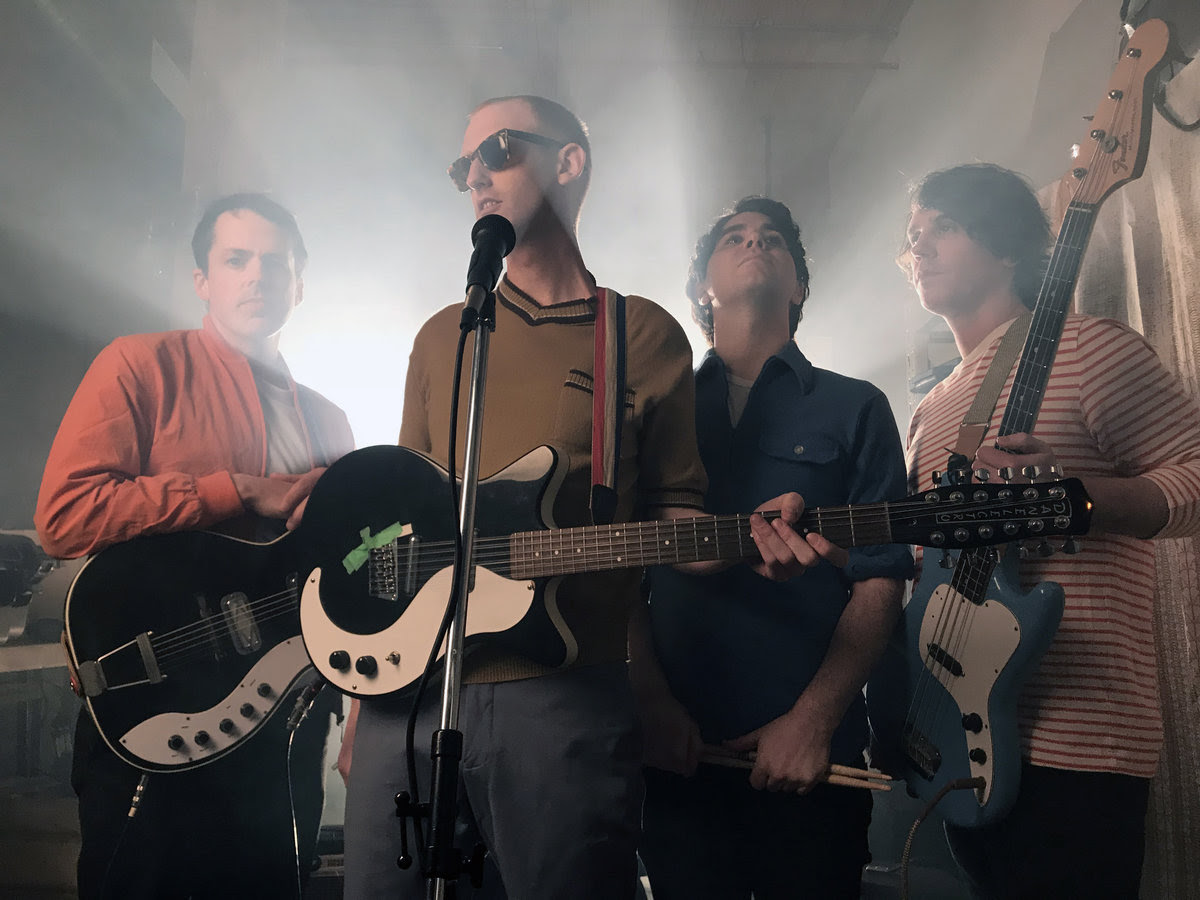 Kiwi Jr. “Gimme More”
Share on TwitterShare on PinterestShare on PocketShare on RedditShare on FacebookShare on Email

Kiwi Jr. have dropped a new video for “Gimme More.” The clip arrives ahead of the January 17, global release of their forthcoming full-length Football Money (Mint Records, Persona Non Grata Records) . Of the video the Toronto-based band told Glide, “it was shot mostly at our favourite bar in Toronto – Black Dice Cafe. It’s a rockabilly bar and though Kiwi Jr is very unhip to that scene, we tried to pay it justice by wearing leather jackets. We’ve had probably every band meeting we’ve ever had at that bar, and the owner Hidecki was nice enough to let us shoot there as long as we didn’t break anything (which we did during load in before we even started shooting).” It was directed by Sean Foreman who states, “we wanted the video to feel like it was based off dream logic. Things don’t make sense, the band keeps popping up, rooms are oddly connected somehow, it’s nonsense but at the same time there seems to be some undercurrent of reason guiding things.”

Previous to today’s video Kiwi Jr have shared the album’s title track and “Salary Man.” Football Money will be released world-wide via Persona Non Grata Records (following debut EP by Pip Blom). The album had a Canadian release this past March on Mint Records. The album was engineered by Aaron Goldstein, and mixed by Holy Fuck’s Graham Walsh.

Kiwi Jr will be playing in New York City at part of the New Colossus Festival on March 14/15 and have UK shows later this month. All dates are listed below. The Toronto based band have toured with Wolf Parade, New Pornographers and Alvvays.