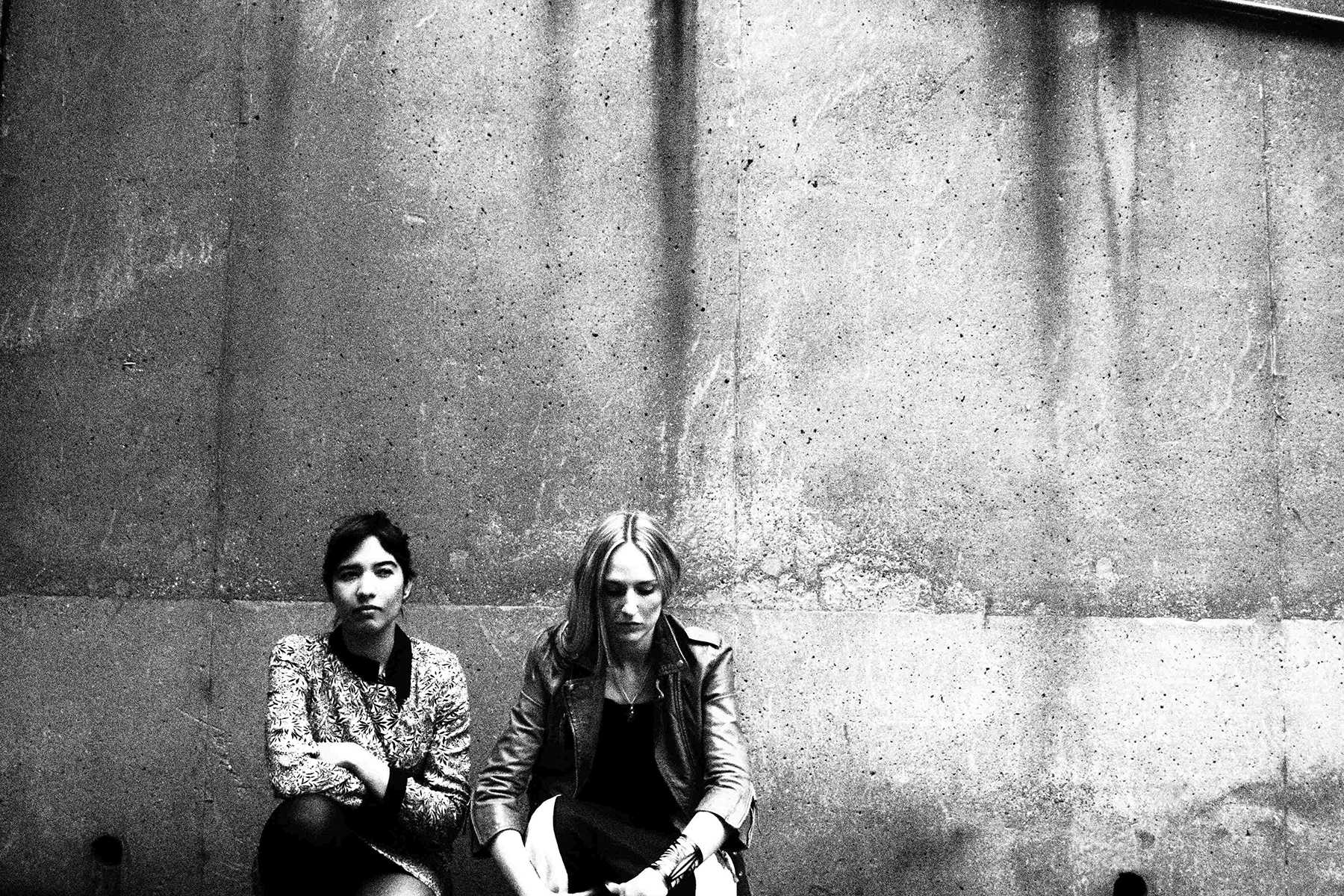 Kite Base, is comprised of bass guitarists Ayse Hassan (Savages) and Kendra Frost, have shared the Gergely Wootsch directed video to latest single “Soothe”. The single, with its b-side “Dadum”, is available via Flashback Records. The band have also shared details of a new show at London’s Electrowerkz on December 7th.

The band recently shared a cover of “Something I Can Never Have”, by Nine Inch Nails, with further praise coming from Trent Reznor himself.

Gergely Wootsch, on the video:

“Soothe” is an animated clip about ‘origami dreams’ of a sleepless night. The song being about insomnia, Kite Base was excited to create a clip featuring themselves and various other nocturnal paper creatures. The look is based on the simple geometric forms of origami and the constant beat of the song that led the framing and visuals to be guided by altering shapes. The clip is a collage of live-action elements, computer rendered sets and printed and re-scanned image sequences with abstractions, flickering forms and lights: hopefully not entirely unlike being half-awake on the shores of paper-dreaming.

‘Soothe’ is a reflection upon the methods employed to calm yourself to sleep when suffering from stress and anxiety induced insomnia. It’s a wish and a plea for solace, a dark lullaby.

Comprising of intertwining bass rhythms with looping electronic beats, encompassing industrial edge, the craft of pop and organic noise, ‘Soothe’ is the latest in a line of intricate and alluring tracks from Kite Base; whose stark yet stylish general approach to imagery, film and design aptly accompanying their output make them one of the capital’s most well-rounded, interesting and exciting new acts.

The band also recently explained the meaning behind the name Kite Base:

“One of the main starting points found in origami, a Kite Base is an opening move made with simple folds to generate a firm and fertile foundation for creativity. It can become whatever you want it to be- simple or complex- based on the imagination of the creator, inspiration and chance.

To us, the ‘Kite’ also symbolises the generation of ideas and setting them free to evolve organically, embracing change. The ‘Base’ is the final ordering of these thoughts once they have been allowed to settle. It is a symbiotic relationship. A duo. Our working methodology”