This is the Kit announce debut for Rough Trade 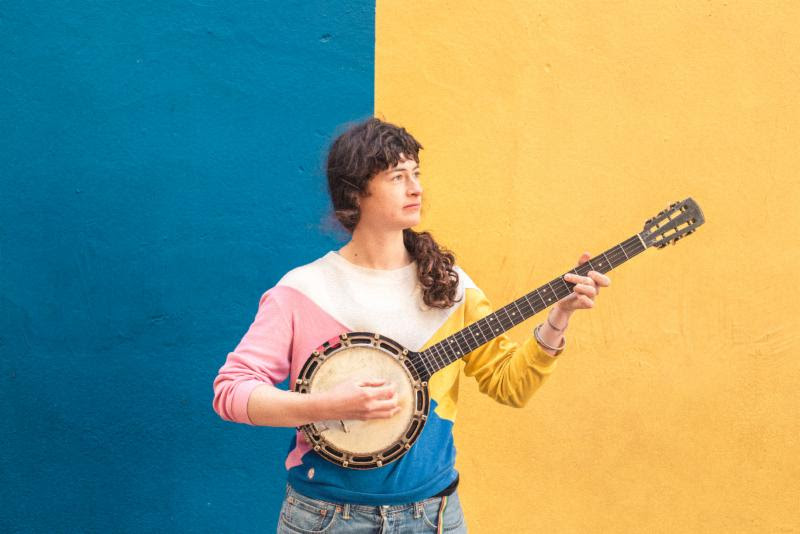 This is the Kit, the Paris-based group led by Kate Stables, have announced their debut full-length for Rough Trade Records, Moonshine Freeze, the full-length will be released July 7th. Today, the band shares the latest single and title-track.

Produced by John Parish (PJ Harvey, M. Ward, Perfume Genius), who plays on various songs and previously worked on the band’s first album Krulle Bol (2008), Moonshine Freeze is This Is The Kit’s fourth album and features Stables’ core band (Rozi Plain, Jamie Whitby-Coles, and Neil Smith) alongside others collaborators, including Aaron Dessner (of The National), who produced This Is The Kit’s last album, Bashed Out.

First single “Moonshine Freeze,” which features Dessner (synth, guitars, piano), comes from a clapping song taught to Stables and her daughter by a friend. “At the end it goes ‘moonshine, moonshine, moonshine – Freeze!’ and everyone has to stop moving,” Stables explains. “And it really pierced me somehow. I think there are certain lines and melodies and little rhythms that hook into you and send your brain in spirals.”

Parish’s knack for capturing close-mic’ed vocals is felt across the 11 original songs of Moonshine Freeze: Stables’ uniquely-textured voice is brought to the fore, and — following the tradition of exquisitely strange troubadours like Karen Dalton, Will Oldham, or Robert Wyatt.

The themes and patterns that emerge across the album encompass folklore and oracles, memory, language, secrets, superstition, lives out of sync, and “the strange accidental fortune-telling nature of the writing process.” Stables was inspired by the writing of Ursula Le Guin and Alan Bennett, the African folk stories collected by the ethnomusicologist Hugh Tracey, and by grey coastal days and the taste of blood and copper coins.

“I’ve been thinking a lot about truth and storytelling and the way that stories and truth change over time according to who’s telling them or who’s listening to them,” says Kate Stables. “How personal stories accidentally become representative of bigger stories. How as groups and individuals, as humans, we use and need the stories we tell.”

This Is The Kit are confirmed for their debut at the Eaux Claires Festival (featuring Bon Iver, Chance The Rapper, and more) and a special, pre-release show at Brooklyn’s Baby’s All Right on Tuesday, June 20th (Tickets). More dates will soon be announced.

This Is The Kit Tour Dates: