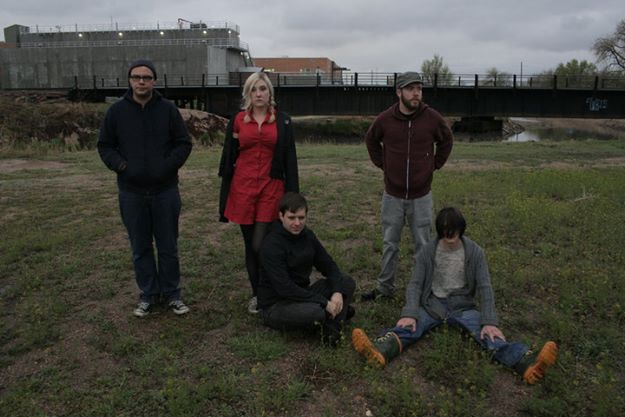 Denver, band Kissing Party have been releasing an annual holiday tune every year since 2011, and this year, they’re releasing the brand new “Warren City Christmas” along with a compilation of old and new tunes called Winter in the Pub. This is indie slackers doing the grey months of winter and awkward family gatherings. Today, Kissing Party are streaming the album on Northern Transmissions.

a quote from the band:

Winter in the Pub is basically a snapshot of the past 5 years of me going home for Christmas. This is album is for anyone who has ever gone home to find the same friends sitting on the same barstool you left them on the year before. It’s about not feeling home at home but dreading returning to the city. It’s about feeling happy, depressed, drunk and in love at the same time. It’s about friends you grew up with, girls you still miss, smoking in garages and playing ping pong in basements. It’s the feeling you get returning to the bedroom you grew up in and its still decorated with Oasis & The Cure posters you had on the wall when you were 15. In other words Christmas Carols for the crippled inside.