Kissing Cousins Premiere “In With Them”

Kissing Cousins is an all girl band from Los Angeles, CA. The release of their upcoming In With Them 7”/ Digital EP on Velvet Blue Music celebrates 10 years as a band. Singer/guitarist Heather Heywood started the project in her bedroom in 2005 and began sharing the songs with drummer Beth Ziegler. The two quickly expanded to a 4 piece and began playing shows.

Kissing Cousins signed with Velvet Blue Music on the strength of Heywood’s demos, which were released as the first two EPs. The next 5 years included releasing two more EPs, touring throughout the US, and culminated in their sole full length Pillar of Salt.

The album was recorded straight to 8 track by Richard Swift (Black Keys, The Shins) and remains unmatched in its combination of lo-fi Sabbath-like rifs, and haunting 50s doo-wop vocals. The album produced the single “Don’t Look Back”.

Their latest release In With Them showcases Heywood’s powerful, sultry voice as well as the band’s venture into more textured, propulsive soundscapes. The songs still have plenty of Heywood’s trademark dirty guitars and dark themes but this time around the gritty production feels more controlled. The 4 tracks were recorded at The Day Cave in Los Angeles with Ken Ramos at the helm as producer. The 7” and digital version are being released in conjunction with videos for the tracks “In With Them” and “Cover Me.” 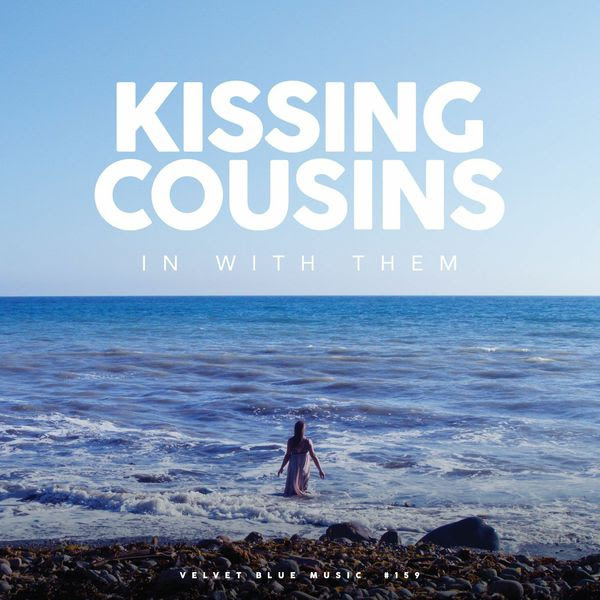 ‘In With Them’ EP Tracklisting

Kissing Cousins Premiere “In With Them” Video