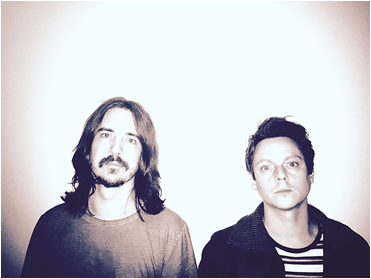 Prior to exmagician musicians Daniel Todd and James Smith made music as Cashier No.9, whose lush, David Holmes-produced albumTo The Death Of Fun. Since then the pair have moved on and returned with something novel in the scope of their own repertoire. Self-written and produced with the help of Rocky O’Reilly (And So I Watch You From Afar, General Fiasco, Mojo Fury), their new music leaves behind the Laurel Canyon sheen of Cashier No.9 in favor of something louder, fuzzier and dirtier. Born of a playful attitude, greater confidence and an expansive array of pedals and synths, Danny explains with a smile: “It’s the dirt under the fingernails.”

The musical reinvention is apparent from the very first seconds of opening track “Kiss That Wealth Goodbye,” which steams in with a filthy riff, the product of a guitar and a synth melding together so you can’t tell which is which – a feature of the album. “It’s like early Beefheart meets Add N To X,” says Danny – a measure of just how broad the duo’s influences are.