Doubt is a follow-up to prior releases Dove/Fond Affections (The Native Sound) and Degrida / Sick Bed (Sleep Genius). Both two-song EP’s were released to great critical acclaim. IMPOSE said Dove had “…both a classical approach to composition and a modern narrative of expressing sadness through slow-sinking quicksand.” King Woman went on to play shows along the West Coast with bands like Ceremony, Planning For Burial and Chasms before catching the attention of fellow San Franciscan Flenser Records, with whom they’ll team up for release of this 4-song EP.

Kristina Esfandiari originally formed King Woman back in 2009, but the band had taken a backseat to her other projects at the time like Miserable and Whirr (with whom she played with from 2012 to 2013), where she found her confidence from a vigorous touring schedule of playing stage shows, floor shows, and everything in between. King Woman got together very organically; Kristina said it just “…kind of happened. I grew up with my drummer, Joey, and guitarist, Colin. I asked Colin to play guitar for one of my shows and the rest is history.” Kristina continued, “We wrote a lot of this EP by Colin sending me guitar ideas and I’d just sing over them, not realizing how good it was. Soon we started getting Joey to jam with us, and then Sky wanted to play bass. Now here we are.” Colin Gallagher, who had given up on music entirely until he played guitar for Esfandiari’s other project, Miserable, commented, “I was going through a lot of self-reflection. For me, the songs are about struggling to change things.” Esfandiari continued, “I started this project as a form of therapy for myself. I wanted to work through being raised in an oppressive religious environment. The theme is just the turbulent journey of de-converting from Christianity and finally coming out of the closet about it and being rejected by a lot of family members and friends because of it.”

Doubt touches on some heavy topics and allows Esfandiari’s lyrical ingenuity to really shine; with nods to issues like religious abuse, sex, metaphysics and heartbreak as well as physical abuse and “…tough topics that weigh heavily on my heart”, she says. “I just write what feels right.” Recorded with engineer Patrick Hills (Tera Melos, 7 Seconds, So Stressed) at Earth Tone in Sacramento, CA earlier this year, Doubt was mixed and produced by Esfandiari herself – which she described as “quite a challenge” – and the four resulting tracks are more cathartic, more brooding and more hypnotic than ever before. The band wears their musical influence on their sleeve: “We love bands like Black Sabbath, OM, Neurosis and Jesu”, said Kristina, and with her lush and dramatic vocals not unlike Mazzy Star and even Beth Gibbons, King Woman has created a sound all their own. 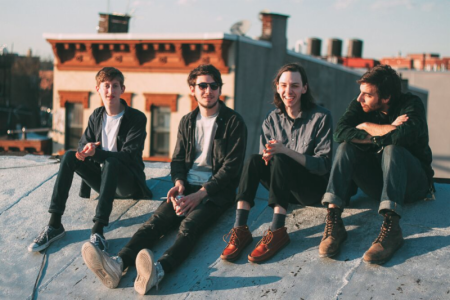 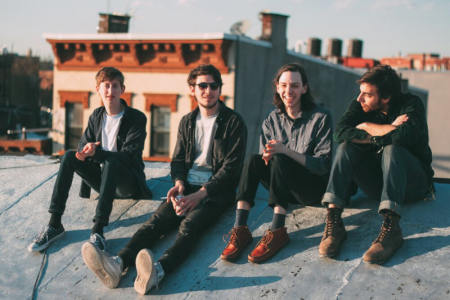