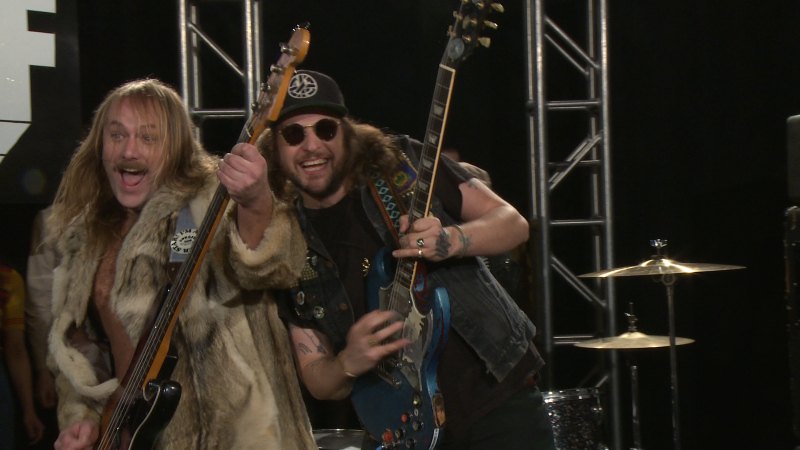 You can now watch “Headbanger,” the hilarious official video from King Tuff via Funny or Die. “Headbanger” stars the band, Steve Jones (Sex Pistols) and plenty of other bands from the bottom of the charts of past and present.

Jake Folgenest, who directed the new visual, had this to say: “As soon as I heard the King Tuff album I said, ‘Man I wish could watch a performance of them playing on “Top Of The Pops” in 1975.’ Since it would be impossible for that footage to exist, the next best thing was to call Steve Jones from The Sex Pistols and make it ourselves.”

King Tuff adds this: “We made another video for all the shitmonkeys of the world to enjoy (see Funny or Die January 21st)”

King Tuff’s 2015 tour is currently underway, with a show tonight January 21st in at Charlotte, NC at The Neighborhood Theatre and has been extended through April 20th in Tempe, AZ at Marquee. Along the way, he’ll play shows with Ex Hex (January 21st-24th) and Father John Misty (March 25th-April 19th). Please find an updated list of tour dates below.