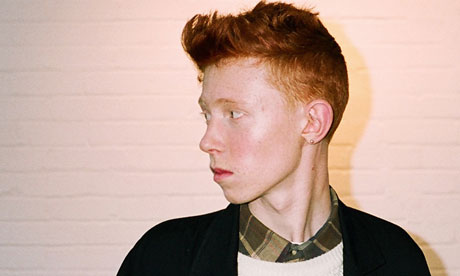 King Krule is already being feted as one of the best and brightest of 2013. He prepares to drop his debut LP later this year. In the meantime, he has just launched a gorgeously moody video for “Octopus”, the flipside from the “Rock Bottom” single that was released late last year on Rinse.

Directed by Paraic and Michael Morrissey, it is reminiscent of a surreal, Lynchian dystopia, with Archy Marshall wandering around a bathroom in a suit as a girl sits, expectantly, in the bathtub. As befits the track, it is beautiful, abstract, compelling and entirely haunting.