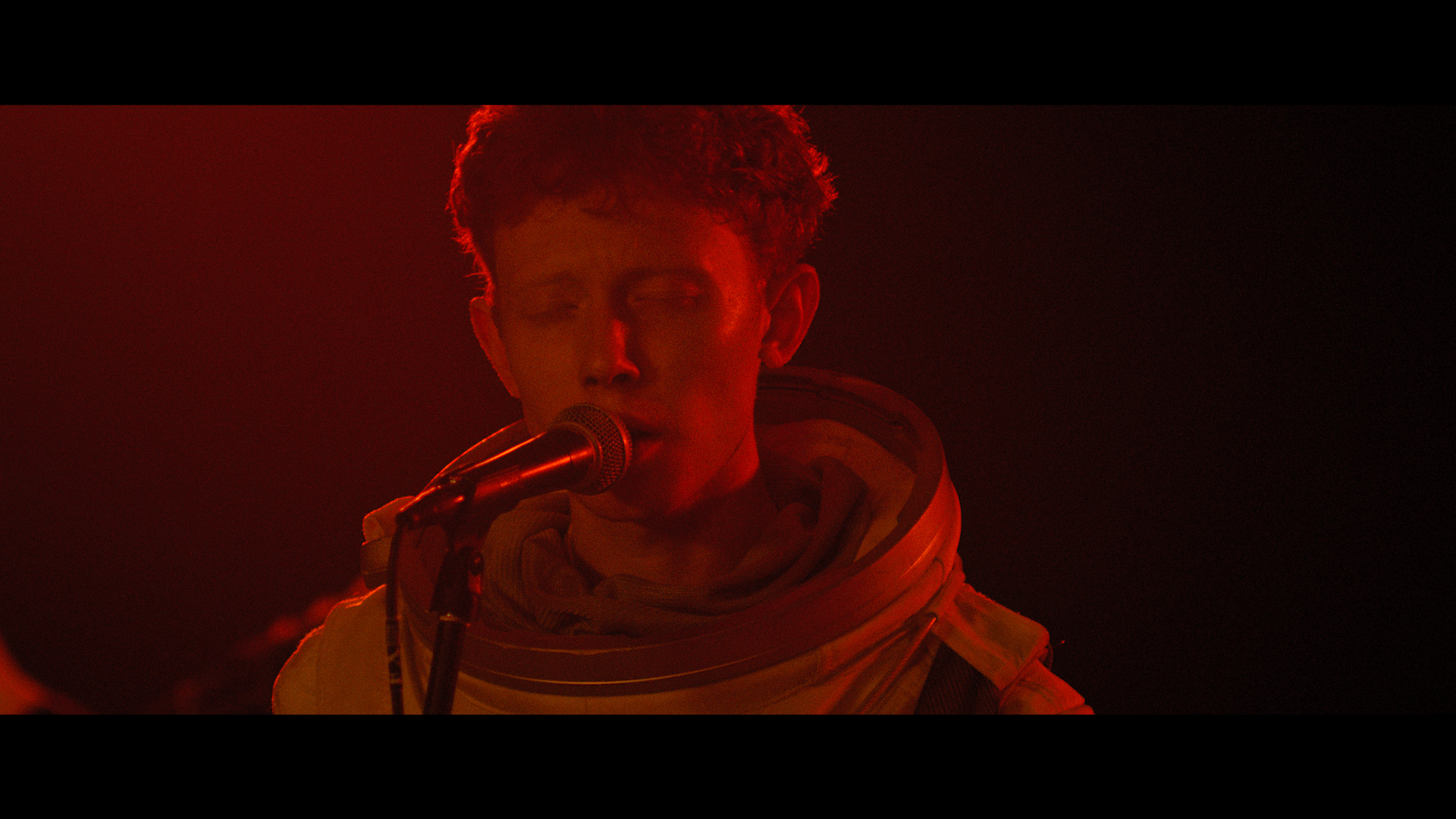 Molten Jets have created a transfixing, dreamlike live transmission that finds King Krule performing “Live On The Moon.” Falling asleep at home in South London and waking up orbiting the earth, the lunar setting draws on Archy Marshall’s continued fascination with all things cosmic, a theme that started with his debut LP 6 Feet Beneath the Moon and seeps through the lyrics and visuals of his latest LP The OOZ. King Krule starts his North American tour on April 7th in Toluca, Mexico.

“Above and beyond all the rooftops,
The space cadet waltz’ through the sky
Lost in his search for distant forms of life
Lucifer’s dream, no one could hold him down”