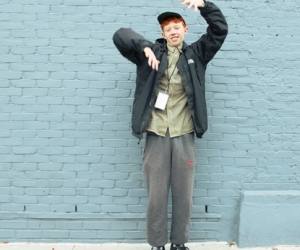 In case you missed it on Tuesday, London’s King Krule announced the release of his long-anticipated debut album 6 Feet Beneath The Moon (available for pre-order on True Panther Sounds in North America, XL Recordings rest of world: http://smarturl.it/kingkrule). A songwriting and vocal prodigy, Archy Marshall AKA King Krule will release the album on Saturday August 24th, his 19th birthday.

King Krule shared the first song from 6 Feet Beneath The Moon (and the first track on the album), “Easy Easy.