King Gizzard & the Lizard Wizard crank up the fuzzbox and set the Memory Man delay on infinity, assembling a cosmic force field that draws their sonic creations of the recent past into one unified, throbbing whole. Housed in a gatefold jacket for special release in the USA, this compilation features the truly intergalactic Float Along – Fill Your Lungs (dateline September 2013) together with its sister album Oddments (dateline Match 2014).

The Melbourne, Australia, seven-piece just finished their maiden North American tour, including a run of club dates along with appearances at Austin Psych Fest, Canadian Music Week and a slot at Northside Festival alongside Thee Oh Sees, Mac Demarco, Omar Souleyman and more. The remainder of King Gizzard’s American vacation saw them holed up in Sky Lodge in the Catskills for a month, recording what will be their sixth LP (tentatively scheduled for early 2015 release). They have also just recorded their fifth LP at Daptone in Brooklyn, due out at the end of 2014.

The band return to Australia for the rest of the summer before heading back Stateside in October to open a White Fence tour, and then a European tour in November, including a slot at the Iceland Airwaves Festival. In short, there is no slowing this band down. Float along and fill your ears 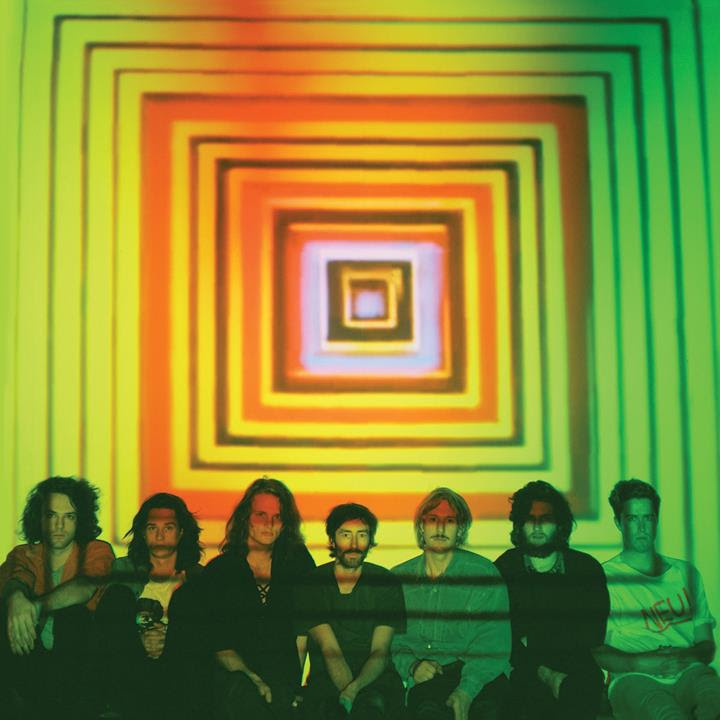