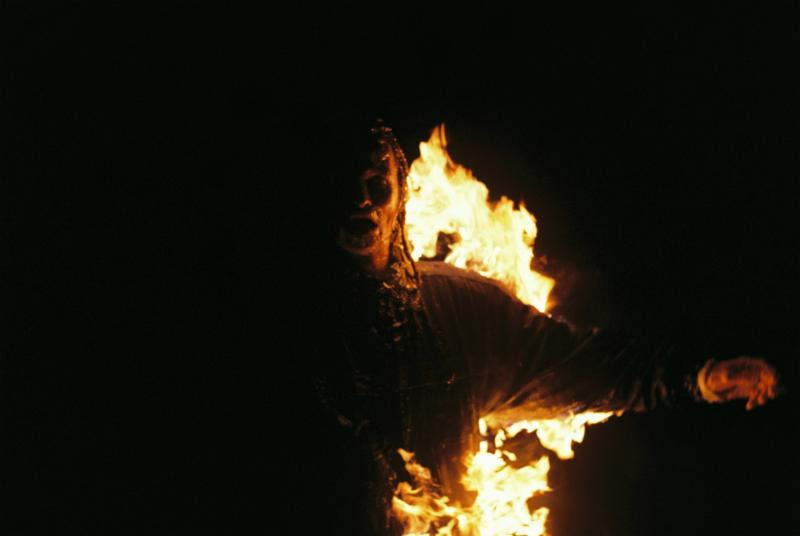 King Gizzard & The Lizard Wizard have released a wildly heavy new single “Self-Immolate” alongside an insane video which sees the members of the band burnt alive in a Satanic ritual. It follows in the same vein as their previous John Angus Stewart-directed video for “Planet B” that was released in early April. “Self-Immolate” sees riff piled upon riff and Stu Mackenzie delivering a vocal display to stand alongside the likes of Slayer’s Tom Araya or Sepultura’s Max Cavalera.

“Self-Immolate” proves that King Gizzard & The Lizard Wizard aren’t mere dabbling dilettantes when it comes to thrash and metal. Their love of this ferocious music runs deep, and was previously explored on 2017’s apocalyptic concept album Murder Of The Universe, hinted at during 2016’s critically-acclaimed Nonagon Infinity’s more bludgeoning moments and elsewhere in numerous hardcore psychedelic freak-outs in their back catalogue.

King Gizzard will continue their endless touring cycle, in August, including dates at LA’s Greek Theatre, Central Park SummerStage in NYC and Chicago’s Aragon Ballroom. Tickets for all dates are now on-sale and all tour dates are below.