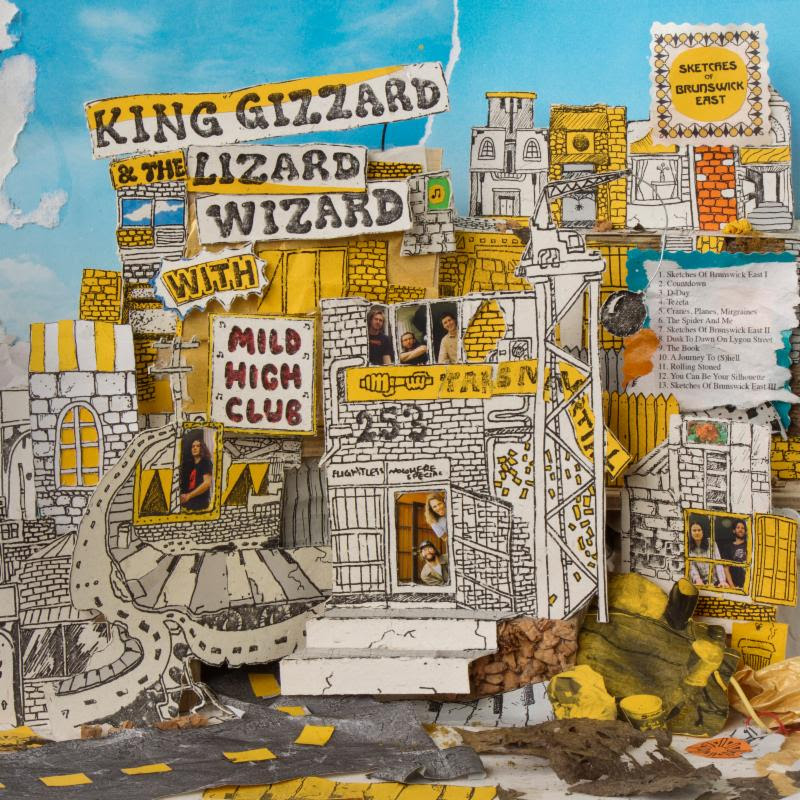 King Gizzard and the Lizard Wizard have released Sketches Of Brunswick East today, their third studio album of 2017. Sketches Of Brunswick East is a collaboration between King Gizzard and Mild High Club, the Los Angeles based tripster troupe led by Alex Brettin, who put out one of 2016’s Skiptracing. The two bands formed a strong friendship touring together throughout the USA, Europe, and Australia.

“We’re always walking up and down the street all the time,” described lead singer Stu Mackenzie. “Going to get coffee, lugging amps, just constantly wandering Lygon Street and spending a lot of time looking out into the distance, seeing the terrain change as new apartment buildings are erected, watching the cranes build bigger cranes. In that respect, perhaps it represents greater changes that are happening in the wider world, and this is our attempt to find beauty within a place that we spend so much time.”

A knowing nod to Miles Davis’s Sketches of Spain, this album also sees the band further exploring a Tropicalia element their music only ever previously hinted at. The band’s various sketches about time and place were reworked and pieced together, akin to “sampling-culture, in which old ideas are reshaped and suddenly things make sense,” explained Mackenzie. “It was like we were continually jamming with ourselves.”

Sketches Of Brunswick East is the third of five projected albums to be released by King Gizzard in 2017. “We don’t expect everyone to like everything that we release, but I hope people can view these five records as one body of work,” says Stu of this grand creative undertaking. “They’ve been made at the same time, by the same people, in the same place, and they all overlap.”
The band has a final run of US tour dates in 2017, beginning on September 23 in Michigan and ending at Joshua Tree, CA’s psychedelic Desert Daze Music Festival in mid-October. All upcoming dates are listed below. 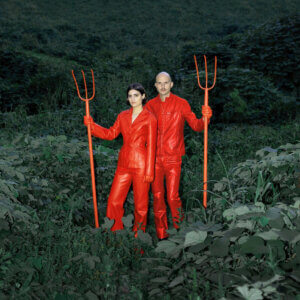