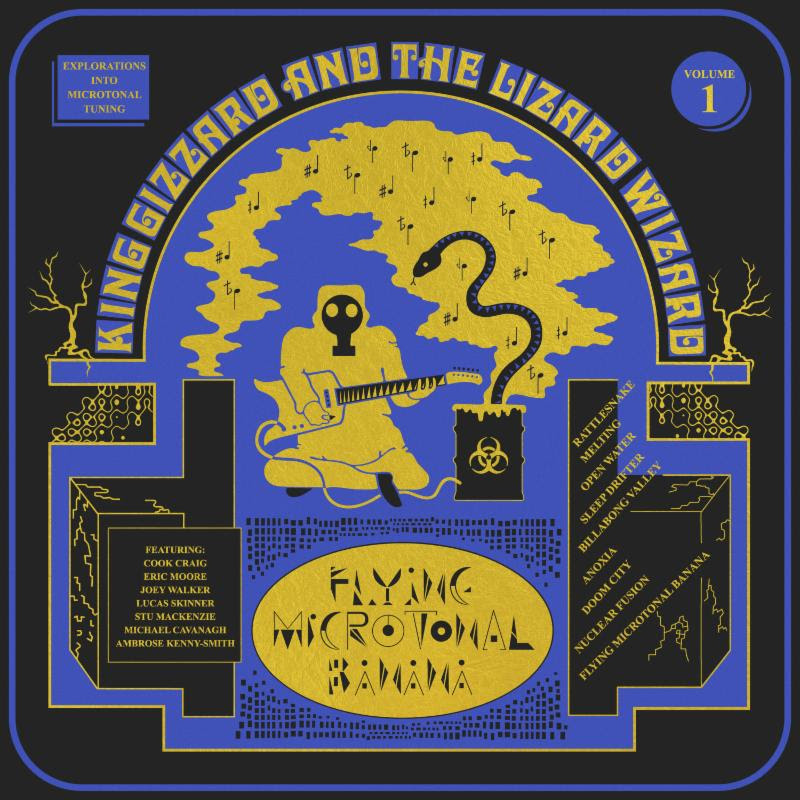 “Rattlesnake” is the first track available from Flying Microtonal Banana, the band’s first LP of 2017 to be released on February 24th. The Melbourne-based band plans to release five studio albums in 2017, an ambitious feat as each record will be its own unique sonic adventure.

Flying Microtonal Banana is King Gizzard’s first-ever experience in microtonal tuning, which features intervals smaller than a semitone and not found in customary Western tuning octaves.

“Earlier this year we started experimenting with a custom microtonal guitar our friend Zak made for Stu,” further explained drummer Eric Moore. “The guitar was modified to play in 24-TET tuning and could only be played with other microtonal instruments. We ended up giving everyone a budget of $200 to buy instruments and turn them microtonal. The record features the modified electric guitars, basses, keyboards and harmonica as well as a turkish horn called a Zurna.”