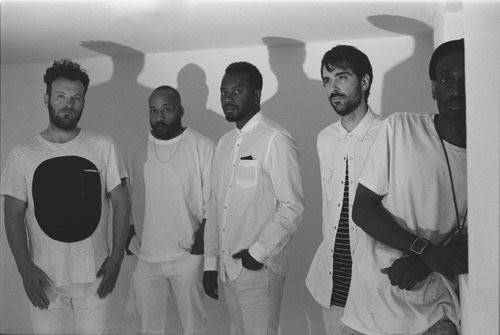 It’s never been easy to tie No Kind of Rider to a single city or region, given their formation as teenagers in Tulsa, subsequent move to Portland, and the recent relocation of drummer Jon Van Patten to Brooklyn. But with the completion of their first full-length, Savage Coast, NKOR’s many influences merge to form a unique statement on devotion, commitment, grief, and hope. Today the band share the upbeat ‘Savage Coast.’ The band also shares an intimate live video of a stripped down version of new single, ‘Distinct,’ filmed at The Tannery in Portland, OR. You can watch on YouTube. The band has also announced a 7″ vinyl release show, set for 4/8/18 at Doug Fir Lounge in Portland, OR.

No Kind of Rider on ‘Savage Coast’:

Savage Coast is about change. Beautiful, tumultuous, unrelenting, unforgiving change. We wanted it to feel like a landscape that shifts underneath you, where you can find balance quickly, but then lose it just as fast. Jeremy played the opening guitar line once and I just couldn’t let it go. I ended up throwing out every other song I was working on to focus on Savage Coast because I loved that riff so much.

After we moved to Oregon, we worked out of a dark, wet basement. We may be dealing with the mold exposure the rest of our lives. We built it out and did what we could, but it was a cramped environment. In some ways I think the expansive, coastal sound we wanted on this was a spiritual rebellion against our working conditions at that time. Chronologically, this is also probably the song written the closest to our move to Portland, so those feelings of upheaval are fresh in the lyrics and our song structure.

The name comes from the Oregon Coast. What speaks to me about the coast here isn’t the summertime beaches – its the jagged rocks and cliffs in winter. They are gorgeous but they’re unsafe. Seriously, the Oregon Coast is a like ship graveyard. There are these hundred year old shipwrecks just sitting there, like ghosts, in clear view from the coastline. Those to me are my favorite parts. If this song takes a listener there, then I’m happy.

I write a lot about relationships. Some romantic, some not. This one is romantic. There’s a push-pull going on and its about a turning point. That moment where you are aware of the good and the bad and you have to choose if the whole package is worth it.”

During production, three of the five bandmates’ fathers passed away, and from the opening instrumental to the closing nautical soundscape, the band guides listeners through an urgent, tense, and deeply moving 45 minutes of music. By the end, it’s clear that those five teenagers from Tulsa can never go home again.
The experience is made all the more immediate by the crystal-clear production, led by veteran Andrew Stonestreet (Joseph, Greylag) and mixed by Jeremy Sherrer (Modest Mouse, Radiation City, Dandy Warhols).