Live from outer space, Whispertown’s Morgan Nagler and Kim Deal will team up for a historic performance from the International Space Station. On April 1, the duo will be playing songs “The Root” and “Range On Castle” from their newly released 7″. Tickets are limited to Richard Branson and the world’s one percent, however the songs will live on forever on limited edition vinyl 7″.

Kim Deal recently revealed the fourth installment of her new solo series on 7″ vinyl. The new single out today, features “The Root” and “Range on Castle” co-written by Deal and Nagler. Version 1 will feature artwork by Vaughan Oliver (official release) while Version 2 will be a strictly limited [1000 copies] white label edition. The tracks are also available digitally via iTunes and all major digital outlets.

After running into fellow musician and friend Morgan Nagler in the driveway of a recording studio in Los Angeles, Kim Deal was inspired to make music.

“Listening to the demo she gave me I was reminded of how much I love her voice,” Deal says. “I asked her to come over and play music with me.”For the creative duo many hours would be spent in great collaboration. Deal played most of the instruments and sings lead on “The Root” while Nagler’s voice effortlessly guides “Range on Castle.” “We took turns singing, rewriting words in magic markers and connecting and re-routing the colorful snakes and cables,” Nagler says. While Deal played, Nagler recalls pressing the Record, Stop, Play and RTZ buttons on various tape machines. “I think the tracks sound cool,” Deal says. “We knew we needed to put them out as one of the 7″s in the Kim Deal Solo Series.” 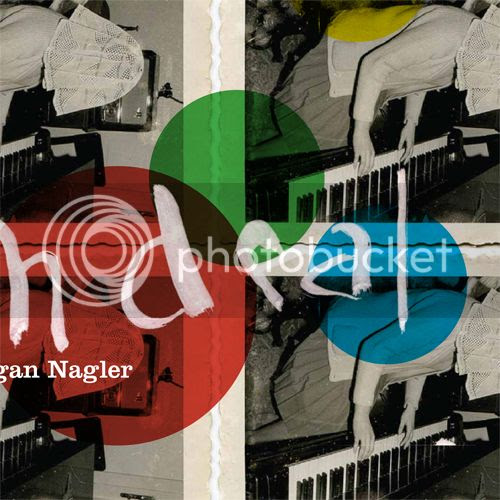 Self Released by Kim on Period Music

Morgan Nagler is currently finishing the next Whispertown full-length album with Nik Freitas. The album is slated for a fall release. Whispertown also recorded a cover of Rilo Kiley’s “Give A Little Love” for the first ever Yellow Bird Project Compilation album which also features Andrew Bird, Elvis Perkins, Micah P. Hinson and more. Since 2006, Yellow Bird Project has been collaborating with indie rock bands to raise money and awareness for various charity organizations.

Look for Morgan in the indie film Pleased To Meet Me staring Aimee Mann, John Doe, Loudon Wainwright and Joe Henry which will be released this spring. Check out the trailer for the film here.