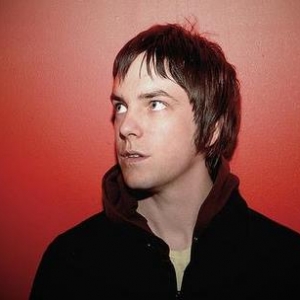 “The song to me evokes images of an Orwellian society taken over by conformity and eventually government mind control. I was inspired by the classically dark storylines and contrasted imagery from shows reminiscent of The Twilight Zone and decided to do

my own version complete with a vintage sense of the future. This story unfolds the day in the life of a memory conversion operator (a person who converts memories into energy) who’s become so apathetic to his duties that he’s now blind to the horrors he commits daily. In true The Twilight Zone fashion, the operator has the tables turned on him in a climactic twist that I hope would be worthy of Rod Serling’s approval,” says McKay.

Ki:Theory aka Joel Burelson elaborates, “‘Needles’ is a song that just seemed to write itself…coming out almost fully formed from melody and lyrics down to the production style. I wanted this track to feel warm so I used decidedly organic instrumentation and a more complex rhythm that is based on an alternating time signature (a single progression switches from 7 to 8 to 7 to 9) but still grooves with metronomic hand-clapping. During the mix I realized it could benefit from a female vocal to blend a higher octave. Having already worked with Maura Davis [Denali/Ambulette] on ‘I Wanna Run,’ she was the perfect choice. I had seen Amos’ [McKay] direction style in his short films ‘Red Sheep’ and ‘Johnny’ and decided to approach him about working on ‘Needles.’ I like the attention he gives to narrative while maintaining a defined style that is amazing to look at, unlike so many music videos out today that solely rely on eye candy.”