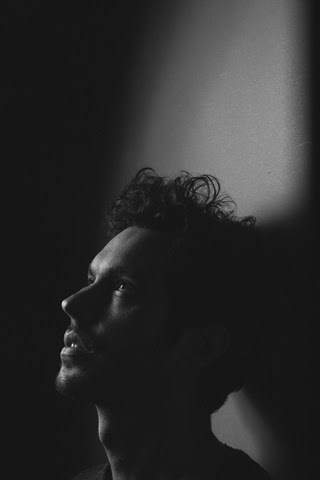 Khushi This Is, Pt. I”
Share on TwitterShare on PinterestShare on PocketShare on RedditShare on FacebookShare on Email

London born, Los Angeles based vocalist/songwriter/producer Khushi, will released Strange Seasons, his debut full-length is due out on September 13th via Warner Records. Ahead of the release Khushi has shared a visualizer for album track “This Is, Pt. I.”

“‘This Is’ grew out of the idea that you hear at the start of the song,” says Khushi. “The song is about trying to find a sense of peace with what is and acknowledging the way difficult experiences or feelings can sometimes teach us, help us grow, deepen our understanding of ourselves. It was a difficult one to complete and I spent a long time going into the depths with it, trying to perfect it, trying to get it where I thought it deserved to be. I’m very happy to finally lay this one to rest in releasing it to the world. Part II will be revealed on the album”

Khushi recorded and produced Strange Seasons in a shed in east London over the past six years, pulling from more than a decade of songs and demos. Though Khushi originally released music under his own name in the early years of this decade, he took a several year break to work on other music before returning to this deeply personal project, isolating himself in the shed to find his purest creative expressions. Toward the end of the process, Khushi was introduced to James Blake, who fell in love with the album and offered to mix it. This in turn led to Blake asking Khushi to contribute to his acclaimed album Assume Form, and to join him on his recent North American and U.K. tours as support.

In celebration of the release, Khushi will select shows this summer including August 10 at Chinatown Summer Nights and August 16 at Echo Park Rising in Los Angeles, with more dates to be announced.