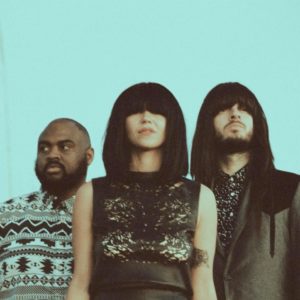 Khruangbin have released a new video their latest single “Evan Finds The Third Room”. The track is off their current release Con Todo El Mundo, out now on Dead Oceans/Night Time Stories.

Director, Josh King, on the video: ”We found the happiest lady in China. We told her that you don’t need a real hula hoop to have fun. She agreed.” Watch the video here.

Along with the release of the video for, Khruangbin have announced they’ll support Leon Bridges on a tour of North America this fall. Kicking off in August with a special show at Colorado’s famed Red Rocks Ampitheatre, the tour sees the band set to perform in some of their biggest rooms to date, including shows at the Greek Theatre in LA, two shows at the Palace Theatre in St. Paul, The Anthem in DC, and wrapping up with two shows at Radio City Music Hall in NYC.

Having just played three sold-out shows at Lodge Room in LA this past weekend, Khruangbin’s first headline tour of North American in support of Con Todo El Mundo is underway. And nearly every show is sold out! They’ll soon head south, up the east coast, and make their way back through the midwest to the west coast.