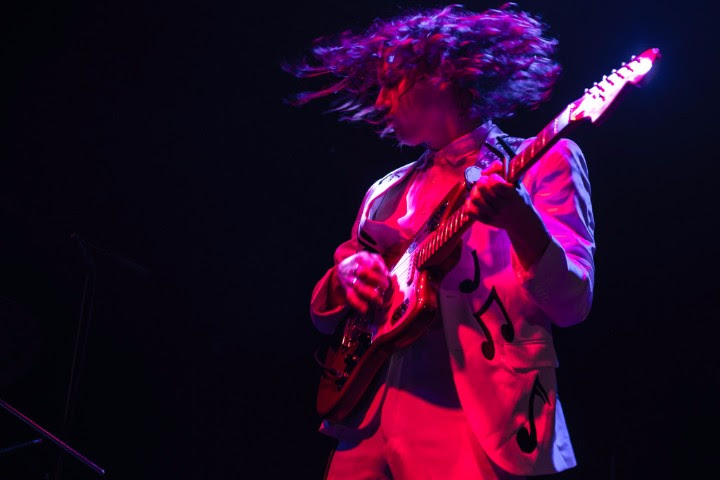 Today, Kevin Morby hopped on the phone for a quick chat with NPR Music’s Bob Boilen to discuss “1234,” one of the more unusual songs off his forthcoming record, City Music (out 6/16 on Dead Oceans). The discussion about the short-and-sweet homage references the obvious name-drop of the Ramones, and the song is a perfectly and condensed sentiment within the context of City Music. The album is a love letter to New York, its denizens and all their private and personal melodramas, and all the similar stories that reverberate in other cities across the world.

Bad luck coming up, good luck is gone?
and the mile that I speak of is the one I’m on.

Joey, Johnny, Dee Dee, Tommy?
they were all my friends, and they died.

City Music was also named Vinyl Me, Please’s Record of the Month, which means the vinyl subscription service’s 20k+ subscribers will have an opportunity to get a limited edition, white/orange tie-dye vinyl accompanied by a 12-page lyric booklet and a 12×12 art print by Robbie Simon.

Also, Kevin has included another special treat for those who pre-order City Music directly from Dead Oceans. Since the record reflects upon the cities Kevin has visited and loved, Dead Oceans pre-orders will include “A Guide To The Cities That Inspired City Music,” a pamphlet that points to his favorite locations in Kansas City, New York City, and Porto, three locations especially close to his heart.

Finally, Kevin’s European tour begins tonight with a performance at Primavera Sound in Barcelona. Last week, Kevin debuted his new songs for a sold out crowd at Bowery Ballroom in NYC, check out a review and photos here. Coming soon to a city near you.