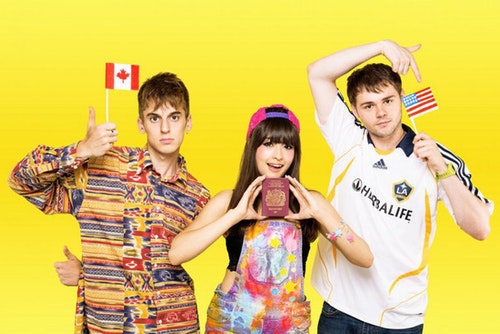 Kero Kero Bonito dropped their current release Time ‘n’ Place last year on Polyvinyl Records. The release came as a complete surprise to fans. Ahead of the band’s upcoming tour, the trio have shared “The Open Road” which includes “Swimming” as the A-Side, the 7-inch will be available via Polyinyl Records, which the band says “is a song about our North America tour last year, including anecdotes about the time a lorry nearly jackknifed into us in a blizzard ‘(We came to a halt in the snow / Swerving on the wet slush below / Just as well we did ‘cos / That lorry in front of us / Was gonna tip over)’ and getting robbed in San Francisco ‘(Way out on the north golden coast / Just as we were ready to go / Bandits broke into the van / And took all we had).’”