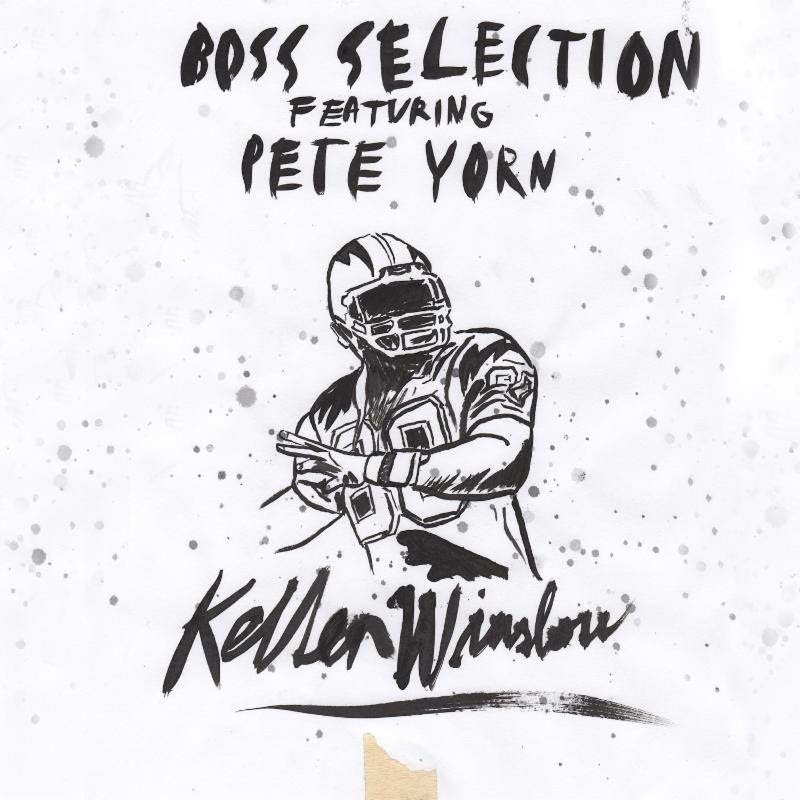 Under the moniker Boss Selection, AKA LA producer Sunny Levine’S track “Kellen Winslow”, off his upcoming new album Volume One – this time featuring Pete Yorn. Sunny describes the origin as a weird and amusing coincidence:

“We were trying decipher what some of the words sounded like, I asked “Did you say Kelley Winslow? Who’s that?” and Pete was like “…Yeah it sounds like I’m saying Kellen Winslow, he’s a football player from the 70s/80s…” That made such nice and strange sense to me. “Hold me back Kellen Winslow, when its time I’ll let you know…” I love that imagery so much and the line “with a body like that, it’s a shame you wear clothes.” I had that written on a little piece of paper for years and never really felt comfortable singing it myself, but with Pete’s voice and character it sounded so right. Tickles me every time I hear it…”

Volume One (out December 8th), written and recorded by Levine, features guests, including Rashida Jones, South African icon Hugh Masekela, R&B singer Brenda Russell, ORELIA, and more. The 13 track album is a curated collection that trips the light fantastic, playing much like the mixtape you always wished someone would make you.

In addition to recording under the BOSS SELECTION moniker, Sunny Levine is a California-based record producer, songwriter, film composer and artist, known for his work his production for artists, including Pete Yorn, Scarlett Johansson, Ariel Pink’s Haunted Grafitti, Happy Mondays and more. He most recently composed the score and supplied original songs for the motion picture CELESTE AND JESSE FOREVER starring Rashida Jones, Andy Samberg, Elijah Wood, and Emma Roberts.