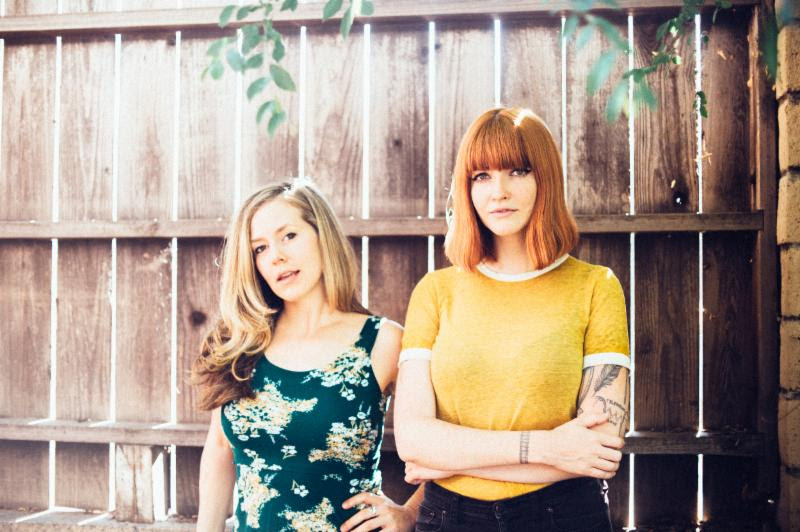 Individually, Katy Goodman of La Sera and Greta Morgan of Springtime Carnivore are known for melancholic pop. On their new collaborative album, Take It, It’s Yours, they combine their voices around spectral arrangements of punk and new wave classics by the Wipers, the Misfits, Bad Brains, the Replacements, Blondie, the Buzzcocks, the Jam, the Stooges, Gun Club, and Billy Idol. It’s an intimate document of their close friendship and dedication to creative deconstruction, taking apart and piecing back together classic songs in spooky and thrilling new ways.

Working with Drew Fischer at Comp-NY Recording, the duo handled recording of the instruments themselves — Morgan on guitars, keys and drums, Goodman playing bass, both singers harmonizing together throughout. Recontextualizing and disassembling the songs, they found inventive ways to twist them to their will, from the sparklingly post-punk guitar solo in “Bastards of Young” to their shimmering girl group take on Blondie’s “Dreaming.”

“It definitely shows the durability of these songs,” Morgan says. “If we can re-imagine them as much as we did, it just shows how solid the skeletons of those songs are.”

Take It, It’s Yours draws its name from the end of the original version of “Bastards of Young,” an ad-libbed aside from Paul Westerberg the duo felt summed up the project in a way.

“We sort of imagined that the artists handed us these songs,” Morgan says.

“These songs helped shaped who we are,” Goodman says. “They gave us the songs, and now we get to give them back as our thank you.”